The Golden State Warriors handed head coach Steve Kerr a contract extension on Tuesday, locking in the man who has led the franchise to three NBA Finals crowns in four seasons since 2015.

A statement from the Warriors quoted general manager Bob Myers as saying that Kerr, 52, would lead the team for the “next several years.”

“We’re excited to have Steve under contract … Myers said. “Under his guidance, we’ve been fortunate enough to win three NBA titles in four years and his ability to thrive in all facets of his job is certainly a primary reason for our success.

“He’s a terrific coach, but more importantly an incredible human being.”

Terms and conditions of the contract extension were not disclosed but reports said Kerr’s deal would make him one of the highest paid coaches in the NBA.

Kerr turned down an offer from the New York Knicks in 2014 and signed a five-year, $25 million contract with the Warriors. 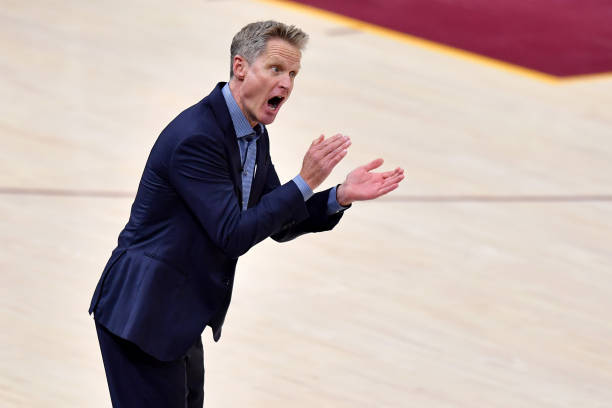 Since taking over, Kerr has overseen the rise of the Warriors as the dominant force in the NBA.

In playoffs, Kerr has a record of 63 win and 20 defeats, the highest winning percentage in NBA history amongst head coaches who have coached a minimum of 25 playoff games, according to the Elias Sports Bureau.

The Warriors have also recorded 58 or more wins in each of their four regular seasons under Kerr, emulating the Boston Celtics, Milwaukee Bucks, Philadelphia 76ers and Los Angeles Lakers as the only teams to have achieved the feat.