LeBron James signed his new four-year NBA contract worth $154 million with the Los Angeles Lakers on Monday, with Lakers president Earvin “Magic” Johnson calling it a “huge step” for the team.

The Klutch Sports Group, agents for James, tweeted a photo of the four-time NBA Most Valuable Player on Monday night with “officially signed with the Lakers” as the caption.

The agents revealed July 1, hours after the start of free agency, that James had agreed to terms on the Lakers deal, leaving the Cleveland Cavaliers after four seasons in which he led them to four NBA Finals.

James brought Cleveland its first major sports crown since 1964 when the Cavs won the 2016 NBA crown but lost three of four finals showdowns with the Golden State Warriors, falling to 3-6 for his career in the NBA Finals, and decided to make a move in hopes of rebuilding the Lakers into a winner.

The Lakers tweeted an image of James wearing the team’s purple and gold jersey with his name and number, 23, on the back and the city lights of Los Angeles in the background plus “The King has arrived” as a caption.

“Today is a great day for the Lakers organization and Lakers fans all over the world to welcome LeBron James, a three-time NBA Champion and four-time NBA MVP,” Johnson said.

“LeBron is special. He is the best player in the world. He loves to compete and is an awesome leader who is about winning and making sure that his teammates are successful. The Lakers players are excited to have a teammate who has been to nine NBA Finals.

“It’s a huge step closer to returning the Lakers to the playoffs and to the NBA Finals.”

The King has arrived ? #LakeShow + @kingjames

The Lakers, a 16-time NBA champion, have missed the playoffs for five consecutive seasons. They haven’t gone past the second round of the playoffs since Kobe Bryant led the Lakers to consecutive NBA titles in 2009 and 2010. 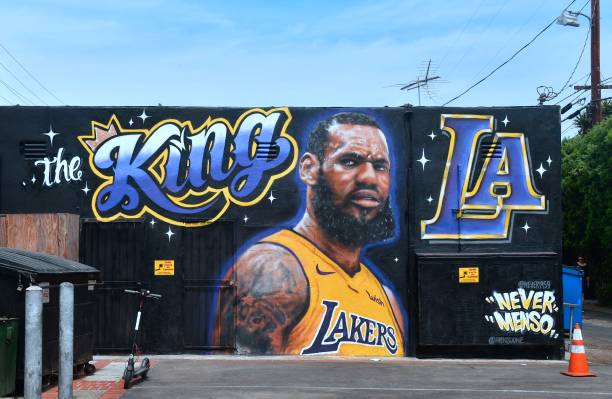 James was third in the NBA last season with 27.5 points a game, matched his career high with 8.6 rebounds and was second in the NBA with a career-high 9.1 assists while shooting 54.2 percent from the floor.

“This is a historic moment for the Lakers, and we could not feel more grateful and honored,” Lakers general manager Rob Pelinka said.

“When LeBron James, a perennial NBA MVP and champion who is playing at the most astonishing levels of his career, chooses to join the Lakers, it serves as the ultimate validation for what we are building here.

“We all know that the work is not yet done. We will continue forward and do all that is necessary to achieve our shared obsession of bringing banner number 17 to the world’s best fans — Lakers Nation.” 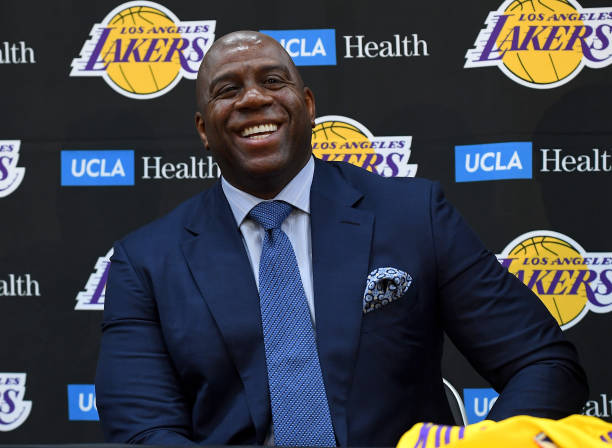 James has played in 1,143 career regular season games for the Cavaliers and Miami Heat, averaging 27.2 points, 7.4 rebounds, 7.2 assists and 1.6 steals per game.