A relieved Chris Froome embarks on the long-awaited Tour de France on Saturday but an army of detractors, an array of talented rivals and a course that doesn’t suit him stand in the way of a record-equalling fifth title.

Organisers lifted a ban on Froome taking part in the race on Monday after he was finally cleared by cycling’s world governing body of doping suspicions linked to his use of asthma medication.

A bullish Froome said he was relieved to be back on course for a record-equalling fifth title but organisers felt the need to warn against violence along the three-week course and issue a plea to spectators to respect Froome and his Sky Team, which remains unpopular in France.

Froome, however, was roundly booed on his first meeting with the French public on Thursday when Sky took the stage for the official teams’ presentation here, and during a 1km jaunt around the small town of La Roche-sur-Yon.

Officials have drafted in around 30,000 agents to cope with security concerns and deal with the ever-present risk of terrorism as well as protecting the riders. 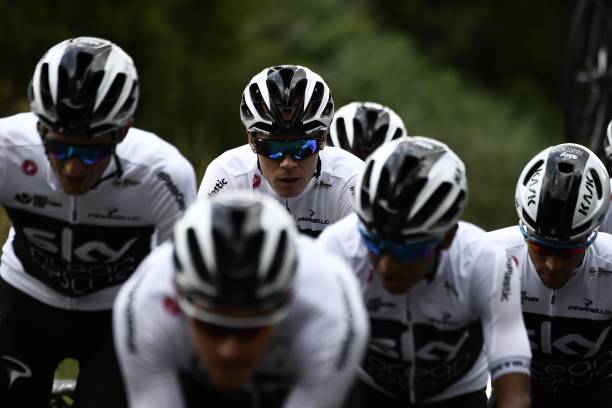 “I’m just relieved to be racing, and want to draw a line in the sand now,” Froome said as his team boss Dave Brailsford added that Sky were used to negativity in France where Froome had been jeered and doused with urine in the past.

Froome said earlier that a huge weight had been lifted off his mind after the Union Cycliste Internationale (UCI) dropped the case against him triggered last September by an adverse analytical finding (AAF) for salbutamol during the Tour of Spain.

The three-week Tour is, as Irish fancy Dan Martin described, “a tale of two halves” this year with a flattish first part featuring treacherous cobbles and crosswinds followed by six mountain and four hilly stages packed into the latter part of the 3,351 kilometres (2,082 miles).

Route designer Thierry Gouvenou said the switch between the flat and the mountains “is perhaps the greatest challenge of this Tour”.

Huge crowds are expected as the race sets off from France’s Atlantic coast and early challenges include an agenda-setting 35km team time trial on day three, while a run to the pretty seaside town of Quimper on day five features 10 hills. 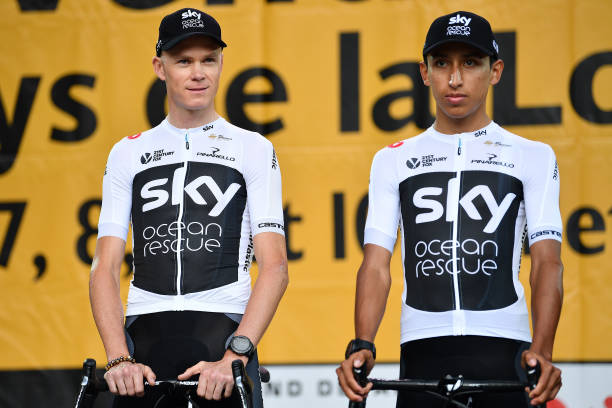 There are two ascents of the feared Mur de Bretagne on stage six, and the day before the switch comes the feared cobbled road to Roubaix.

There are more than 20km of roughly hewn cobbles along old mining roads, and cycling folklore has it that the cobbles themselves choose their victims.

Britain’s Mark Cavendish, who has 30 stage wins, said it was the hardest Tour de France route he’d ever seen and doubted he’d make it to the mountains.

The race lacks the kind of long, flat individual time trial where four-time winner Froome often pulverises his opponents, programming instead a medium size time-trial in the mountains where a string of climbers who would usually lose time to Froome may actually beat him.

Organisers have also reduced team size, seen as a way of unlocking Sky’s stranglehold on the Tour. 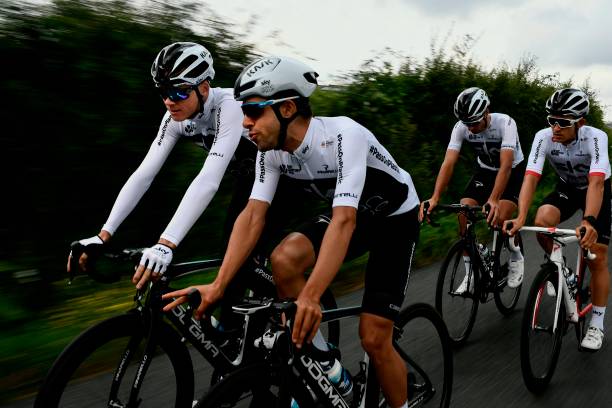 After a rest day on which the riders fly from the north coast to Annecy in France’s southeast, there follows three visually stunning Alpine mountain stages, four hilly stages and three Pyrenean mountain stages inside a breathless 12 days.

Many of France’s great mountains will feature, such as the Alpe d’Huez and the Col du Tourmalet.

But the two key mountain challenges are a brutal, uphill 31km individual time trial and a short, sharp shock of a 17th stage with just 65km, featuring 25km of hair-raising descents and 38km of climbs to a summit finish at the Col de Portet in the southwest.

Some feel the great French hope Romain Bardet will finally deliver for the home nation with a AG2R-La Mondiale team crafted to hit peak form in the final week.

The experienced Australian BMC leader Richie Porte says he is targetting a podium. His team say he is in tip-top condition and pundits feel he may have something up his sleeve this year.

Movistar’s trident of Mikel Landa, Nairo Quintana and Alejandro Valverde will be fascinating to watch while the peloton knows you can never take your eye off Italy’s wily Vincenzo Nibali.

Froome can settle many scores and arguments if he can parade past an expected 12 million roadside spectators to join the pantheon of the five-time winner on the Champs Elysees in three weeks time.