Durant’s jumper with 49 seconds remaining sealed a 110-102 victory for the defending champion Warriors, who now lead the best-of-seven series 3-0 and can sweep the Cavaliers for their third crown in four seasons by winning game four Sunday in Cleveland.

“You definitely tip your hat,” said Cleveland star LeBron James. “He’s an assassin and that was one of those assassin plays right there.”

It was also eerily similar to a shot Durant made last year in Cleveland to give Golden State a 3-0 series lead on the way to a title in five games.

“This game was like deja vu of game three last year for him just all the way around,” said Golden State’s Draymond Green. “Just to put a dagger in them like that, it was a huge shot. Like, it was just high emotion.”

For the Warriors, it revived memories of last year’s title run and came from five feet further behind the 3-point arc than last year’s clutch hoop. 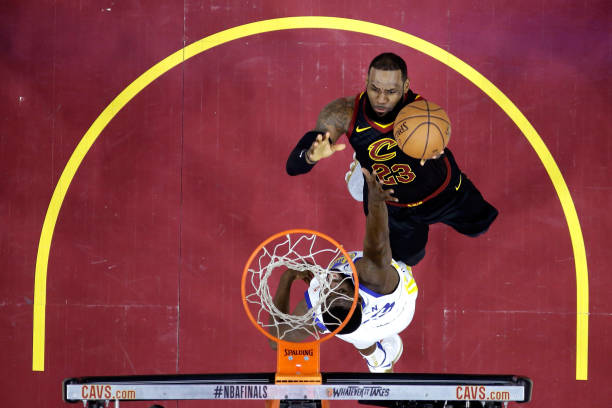 “He hit that dagger three last year, except maybe five feet closer. He got to his spot a little bit further back and hit that thing. It was beautiful,” said Warriors forward JaVale McGee.

Durant finished with a career playoff-high 43 points plus 13 rebounds and seven assists on a night when guards Stephen Curry and Klay Thompson made a woeful 7-of-27 combined shots.

“When a guy like Kevin Durant is hitting these shots, it’s a joy to watch. It’s amazing to be a part of,” Thompson said.

“That was an amazing shot. He looked like he was 37-38 feet from the rim. When he has got it going, it’s almost impossible to stop.” 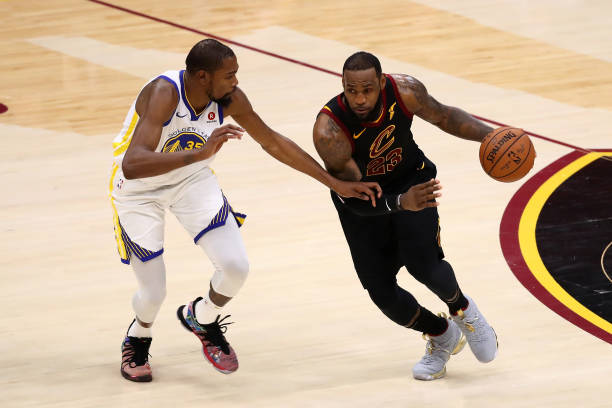 “When you have that belief in yourself, the moment is never too big for you,” Curry said.

“So have the guts and composure to take the shot last year and it was big. He’d live with the result knowing how much work he has put into it. That’s what superstars do.”

For the Cavaliers, it was a carbon copy of a gut punch after they led by as many as 13 points early.

“It was like deja vu seeing that shot again,” Cavaliers forward Kevin Love said. “It was pretty reminiscent of last year because it was almost the same time in the game and hit an unbelievable shot.”

Cavaliers coach Tyronn Lue could only marvel at the similar circumstances.

“It was a big shot for them, kind of like it was last year,” Lue said. 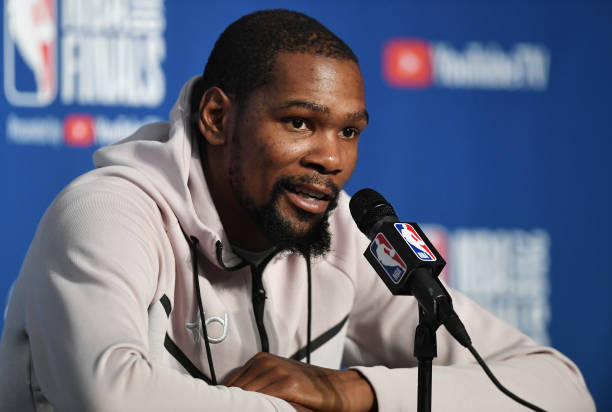 “K.D. had one of his games that will go on his highlight reel and one that was incredible even by his standards.

“We gave ourselves a chance. That margin for error is so thin and so little against them that in some cases you almost have to be perfect.”