With the Premiership remaining as competitive as it has ever been, all of the clubs have looked outwards to try and find solutions to any problems they may have.

But with the likes of Bristol signing over 20 players ahead of this campaign, it can be hard to know which ones will make the difference.

So here is a handy guide to which new faces will make the most impact for their new clubs.

For large parts of last season, Bath’s attack was fairly one dimensional and lacked creativity. This perhaps is unsurprising seeing that Todd Blackadder never replaced his number two and then attack coach Tabai Matson, after he returned to New Zealand for family reasons. 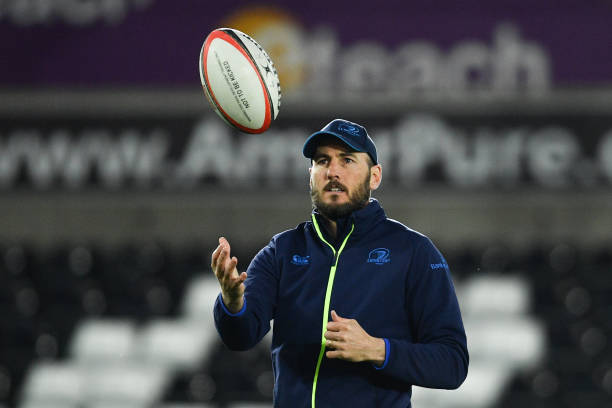 Many of the Rec faithful were questioning the decision not to appoint someone sooner but now many think that in Girvan Dempsey, the wait has been worth it. He has very much been the forgotten man within Leinster’s double success last year, with Dempsey happy to work subtly behind the scenes while many in the media only praising the relationship between Stuart Lancaster and Leo Cullen.

Bath may have now found the missing piece of the puzzle to restore them to the playoff regulars that they have been in the past.

If the rumours are to be believed, then Charles Piutau will be the best-paid player in the Premiership next season.  He has continued to cause havoc for opposition defences since arriving in Europe with his spells at Wasps and Ulster. 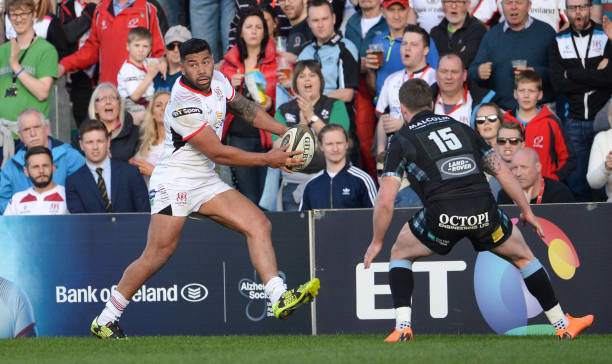 His switch to Ashton Gate will see him join up with former Auckland Blues and New Zealand teammate Steven Luatua.

Their excellence and experience will be vital to ensuring the Bears’ survival in the top flight, as well as helping many of the other new signings and younger players settle in and perform at this new, higher level.

The Exeter model for achieving success has relied on two main features; developing talent from within (via the Academy) and finding talent where many others overlook it. This year has been no exception. Exeter have signed very few players during the off season, with their only notable bits of business being the extension of Santiago Cordero’s contract and the signing of Cuthbert from the Cardiff Blues. 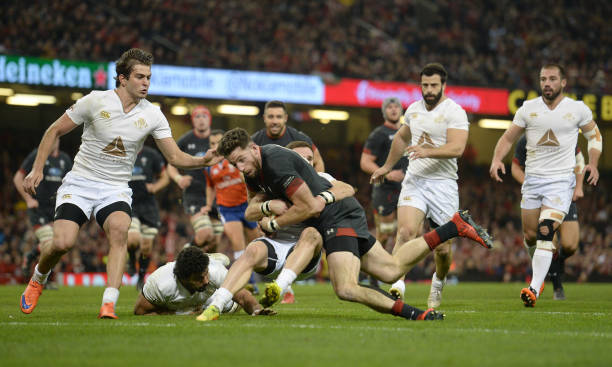 Although Cuthbert is an international winger, his form in recent years has been far from his peak in 2013 when he was influential in Wales’ Six Nations victory and he managed to start the first Lions test in Australia.

However, if he buys into the Exeter model, then it wouldn’t be surprising if he managed to find this form again and therefore give Rob Baxter another option in an already very strong backline.

The Cherry and Whites have brought in some exciting new faces ahead of this campaign. Johan Ackerman has used his South African knowledge to bring many of his countrymen to Kingsholm, in particular, Franco Mostert who played so well against England in the summer.

They also have recruited the recently England-recalled Danny Cipriani, who is an upgrade on Billy Burns who has now left for Ulster. Although all these signings are very exciting none of them solve Gloucester’s main problem, consistency. Regularly over the last couple of years, Gloucester have looked like top four certainties one week, and then 10th place finishers the next. Even though they played better last year, the consistency issue was still not solved. The signing of Matt Banahan will hopefully give them leadership on the field and within the squad that they have perhaps been missing. This, in turn, may empower others to step up and turn Gloucester’s inconsistency into a thing of the past.

The switch between Bath and Quins of centres Jamie Roberts and Ben Tapuai has been fairly one sided in its press coverage. Many have only looked at the difference Roberts can make to Bath, and not what Tapuai can bring to Quins. Traditionally Harlequins have encouraged an attacking style of play and having Tapuai in their team should help them return to this. By putting the Australian at 12, Quins will have two playmakers which should make the attack much harder to read for defences as multiple players can slot in at first receiver. Tapuai can also kick to high standard, meaning some pressure can be taken off Marcus Smith when they are looking for territory.

There is a lot of change occurring at the Stoop, but if the Smith-Tapuai axis works as well as many think it can, then they may return to the playoffs sooner than some may predict.

For the first time since 2005, the Tigers missed out on the playoffs last time out. This is down to one main cause, they forgot their identity. Their backline featuring Ben Youngs, George Ford, Jonny May and Telusa Veainu was the best they’d had for years, but they had neglected their forwards and the identity of Leicester as a club was having a strong forward pack.

However, they have addressed this flaw ahead of the upcoming campaign. Signings of Will Spencer and David Denton from Worcester will help give them some of the grunt they were missing last year, but the real stand out signing comes in the form of Guy Thompson. 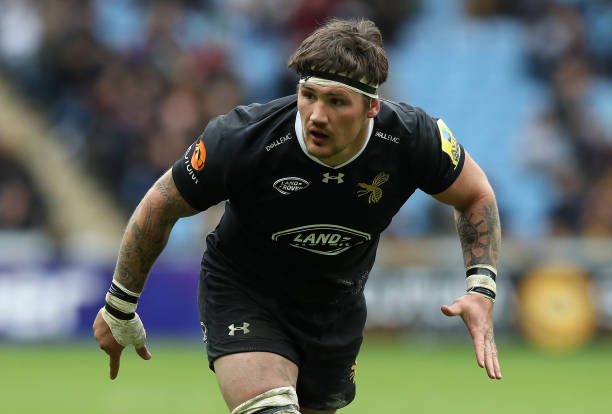 He can play anywhere in the back row, is a destructive ball carrier and is a nuisance at the breakdown. He is unlikely to be called up by Eddie Jones due to the strength in the back row England have, but seeing as he is likely to get more game time than he did at Wasps, if he puts in similar performances then he will definitely be on the England coach’s radar.

After their best ever league position this century, Dean Richards has not rested on his laurels. He has attempted to strengthen his squad further in a hope to get an even better finish this year. He has persuaded two Tigers players to follow him, and the likes of Niki Goneva, from the Midlands to the North East.

For hooker George McGuigan, he is returning home after just two years in Leicester, but the headline signing is securing the services of 130kg of Samoan meat that is Logovi’i Mulipola.

He will not only help strengthen the Falcons scrum, but his experience from the top end of the Premiership should will only help their chances of replicating what they did last season.

Very few teams are successful if they do not have consistency in at least one, if not both, of the halfback positions. Last season it seemed Nic Groom and Cobus Reinach would take it in turns to play at scrum-half, while Harry Mallinder, Piers Francis, Stephen Myler and James Grayson would all draw lots to see who started at 10. 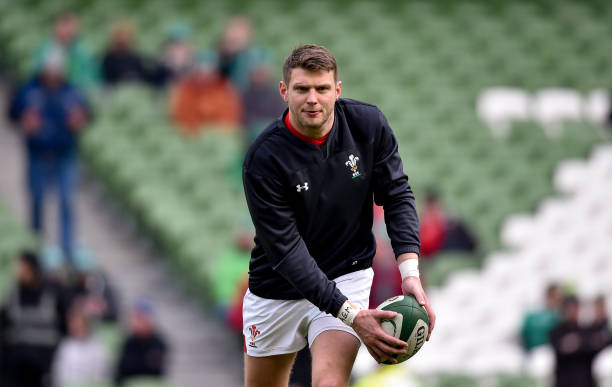 Now with the signing of Dan Biggar, Saints not only have a seasoned international and game manager, but they also have a clear number one at out-half. This should allow Mallinder and Francis to focus on becoming quality centres rather than utility backs and Biggar can now help Paul Grayson mentor son, James, so that he can step up if Biggar is away during the international window.

After breaking the try scoring record in the Top 14 and scoring a hat trick for the Barbarians against his country, Ashton has returned to England in the hope of managing to make it into the World Cup squad next year. He is returning up north after ditching his lucrative Toulon contract, and is even rumoured to have paid some of the release fee himself, in the hope of impressing Eddie Jones (something he never really did at Saracens). However, Sale will also benefit from this signing as well.

Admittedly he isn’t coming cheap but having lost Mike Haley and Will Addison to Irish Provinces and Josh Charnley to rugby league over the last nine months, Ashton is the perfect replacement. His big-name status should help bring crowds into Sale and although predominantly a winger, he has shown at Toulon he is also capable to play fullback.

This has the potential of being one of the best signings this season. Despite London Irish being relegated last season, Lewington still managed eight tries and was consistently a threat with ball in hand. Many felt that the only thing preventing him from getting more of a chance with the England setup was that he played for an ‘unfashionable’ club. 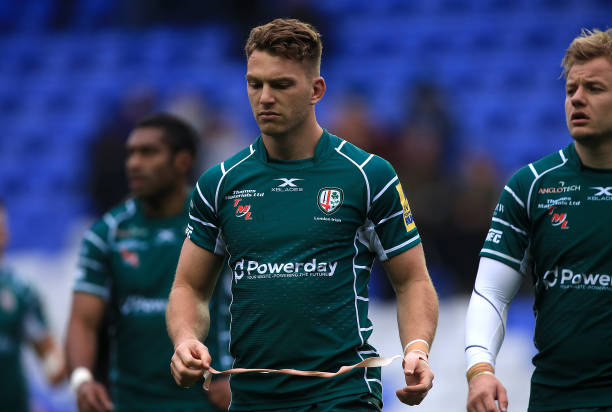 Now that he has switched to a team who are at the other end of the table, this is no longer an issue and it is likely he will only kick on from where he has been with Irish over the last couple of years. There is little doubt he will be able to fill the boots of the retiring Chris Wyles and Harlequins bound Nathan Earle and despite the strength Saracens have in the back three, he has more than enough ability to become a regular starter and even a star at the club.

He hasn’t even played a game in England, but yet he has two caps for his country. Aside from all the controversy around whether he should or shouldn’t have been picked to play in South Africa this summer there is no doubting that Brad Shields is a quality operator. He had the potential to have become an All Black this year had he not already signed with Wasps. He has bags of leadership experience from captaining the Hurricanes this season and his Southern Hemisphere upbringing means he will have a different way of playing the game which will benefit Wasps and England.

After Jack Willis’ serious injury and Sam Jones’ forced retirement, a big name signing like Shields will help Wasps maintain their strength in the back row.

Despite signing internationals like Cornell du Preez and Duncan Weir, one of Worcester’s best signings is getting Jono Lance back after his short-term spell last year. The Warriors played their best rugby last season when they had Francois Hougaard and Jono Lance at halfback, allowing Ryan Mills to play at inside centre. 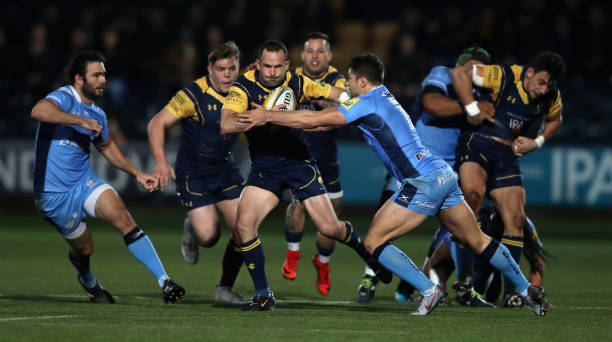 Once Lance returned to Australia, Mills was forced inwards to 10, and the lack of a ball playing 12 meant that the likes of Josh Adams and Chris Pennell out wide were not getting as much ball as there was a lack of distributors in the midfield.

Worcester are unlikely to drastically shoot up the table this season, but if they hope to survive again then their best bet will be with the playmakers of Lance and Mills at 10 and 12 so that opposing defences are always kept guessing.