This is the third instalment in a series of articles analysing Warren Gatland’s best options for each position from each nation, with this article looking at the tighthead props most likely to be selected for the British and Irish Lions 2017 tour of New Zealand.

It is expected that three tighthead props will initially be chosen by Gatland and his coaching staff, as was the case in the 2013 Lions tour of Australia.

The Leinster and Ireland prop has earned a reputation as a fierce ball carrier and solid scrummager, with his performance in the 21-9 loss to New Zealand earning him special praise. With only 8 Ireland caps to his name, the 24-year-old lacks international experience compared to the likes of Dan Cole and WP Nel, but would add versatility to any squad as he can play at both tighthead or loosehead.

Furlong has a promising Ireland future ahead of him, but will need a strong Six Nations (one which Ireland have a decent chance of winning) to earn a place in Gatland’s initial Lions squad. 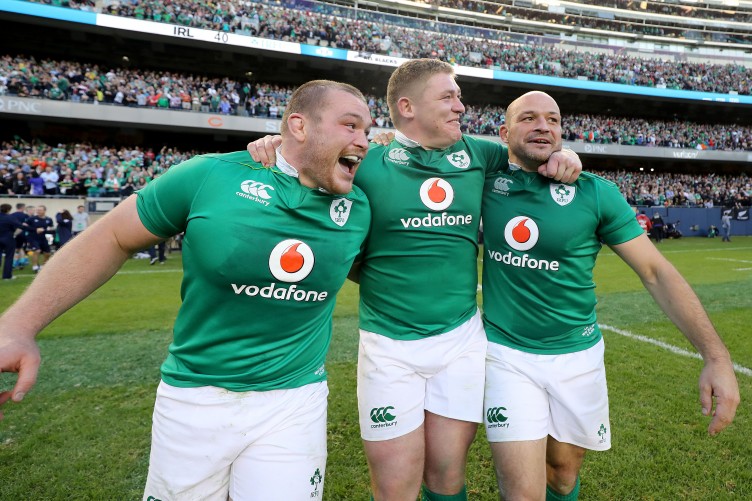 The Australian-born, Connacht prop was on the bench for three of Ireland’s Autumn international matches and started the 52-21 win over Canada. He is noted for his ability to play both propping positions, and was one of Connacht’s stand out players in a RaboDirect Pro12 season which saw the region crowned champions for the first time in their history.

Bealham has been selected in this list over more experienced tightheads as 37-year-old Mike Ross is no longer the first or even second choice tighthead in the Ireland squad, and Bealham is seemingly preferred by Joe Schmidt over Munster’s Dave Kilcoyne.

At 25 and with 6 Irish caps to his name, Bealham may be a regular fixture in Irish squads over the next few years but arguably lacks the international experience to make it into Gatland’s squad. 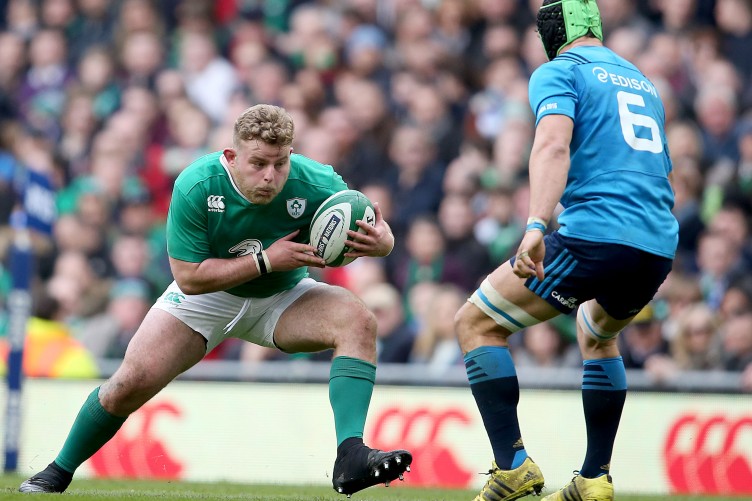 The cornerstone of both England’s and Leicester’s scrum, Cole has recently had his scrum technique questioned (not for the first time) and if selected is likely to be targeted as a potential weak link by any opposition faced on the upcoming Lions tour of New Zealand. His confrontational and uncompromising style of play means he is beloved (mostly) in England, but hated pretty much everywhere else.

Cole is the most experienced tighthead available to Gatland with 69 England and 3 British and Irish Lions caps, and will no doubt be on the plane to New Zealand come May.

Eddie Jones’ current choice as Dan Cole’s understudy in the England pack, Sinckler has been recognised for his explosive style of play, particularly when coming off the bench in the recent wins against South Africa, Australia and Argentina. With only 4 caps to his name, the Harlequins’ prop is an outsider to gain selection into the Lions squad.

However, he is only 23 years old and has the potential to become England’s first choice tighthead prop as Cole winds his international career down in the coming seasons.

A man proud of his travelling heritage, Lee has 29 Welsh caps to his name (starting 21 of those) and is known to be a fierce competitor. His uncompromising style of play and strong scrummaging has earned him international respect, with Lee likely to become one of Wales most capped front rowers in the coming years – although overtaking Gethin Jenkins 129 cap record might be a stretch.

The specialist tighthead has been a favourite of Gatland’s since making his debut against Argentina in 2013 (despite having to compete with Thomas Francis for a starting place in the Welsh squad), and is a strong contender for a place in the initial Lions squad.

The English-born Exeter Chiefs front-rower has earned 17 Welsh caps since his debut against Ireland in 2015, with 10 coming as a substitute. As with Tadhg Furlong, Francis can cover both prop positions meaning that he would add versatility and depth to the Lions squad if selected, but his fitness and mobility have been questioned.

Both Welsh tightheads (Francis and Samson Lee) are 23, meaning that their Wales futures are likely to be heavily interdependent – despite Lee being the slight favourite in the Welsh coaching team’s minds. The South African born tighthead earned his first Scottish cap last year against Italy and was included in Vern Cotter’s squad for the 2015 World Cup, starting 4 of Scotland’s five matches. He was acknowledged for his capable displays in the set piece and physicality in the loose – qualities the Scottish national team have not had in a tighthead for several years.

After his World Cup performances, Nel was touted by some as a certainty for Gatland’s squad in the summer, but after missing the recent Autumn internationals through injury, it is unclear whether he will be available for the 2017 Six Nations. His inclusion into the initial Lions squad will depend heavily on his recovery from injury and subsequent form for Edinburgh and Scotland.

Having started 3 of Scotland’s recent Autumn international tests at tighthead, the 19-year-old Glasgow Warrior is almost certain to have a long future as Scotland’s first choice tighthead (barring serious injury). With Nel injured and Moray Low not starting for the Exeter Chiefs, Fagerson has the opportunity and potential to develop himself within the Scotland set-up to become Gregor Townsend’s first choice number 3.

Fagerson only has 4 international caps to his name and is a long-shot for Gatland’s Lions squad (even as injury cover), but he has a bright future ahead of him – especially if his Glasgow and Scotland teammates can fulfil their potential in the coming years and win some silverware.

Dan Cole is the most experienced international tighthead prop in this list and should be the first choice for the tour, as well as the three tests against the All Blacks. Despite his questionable technique in the scrum, Cole is a world class front rower who will be expected to lead by example both on and off the pitch.

Samson Lee may have 43 caps less than Cole but is the second most experience tighthead on this list and will no doubt bring intensity and physicality when representing the Lions – whether that be in the mid-week teams or in the test matches. Here’s hoping that “gypsy boy” can stay injury free until then.

For his recent displays in Irish and Leinster colours, Tadhg Furlong would be my third and final choice at tighthead. His physicality, solid scrummaging and familiarity with Rory Best, Cian Healy and Jack McGrath could prove important on this tour of New Zealand, whilst his lack of international experience should not be a deciding factor.

If WP Nel was fully fit and played at least some of the recent Autumn internationals, he may have been my third choice for this Lions squad. However, his lack of recent game time and the form of his rivals has led to his omission from this hypothetical Lions squad.

Nel, Thomas Francis and Kyle Sinckler would be the most likely candidates for injury cover at tighthead, with it being arguable that Gatland would opt for Francis if (when) injury does arise due to his familiarity with the Welshman and the fact that Francis would be able to cover both prop positions. Finlay Bealham and Zander Fagerson are anticipated to be selected for and remain on Ireland and Scotland’s respective summer tours of Japan and Australia.

The statistics presented in this article were gathered using the data provided by ItsRugby and ESPN Scrum.

On this week’s edition of the Oval Office Podcast, we speak to Jamie Roberts and look ahead at the festive fixture list.