The talent leaving the Southern Hemisphere makes for depressing reading. So many talented players are losing patience sitting on the bench and are leaving for the money of the Top 14.

Here is a composite outcast XV of players who would almost certainly be part of the Rugby Championship squads if they still played in Super Rugby.

Once seen as the next big thing on the international front row circuit, Figallo is now quietly going about his business at Saracens. Argentina rarely lacks for props, but the rock solid foundation Figallo gives at tighthead would still be handy for the Pumas. 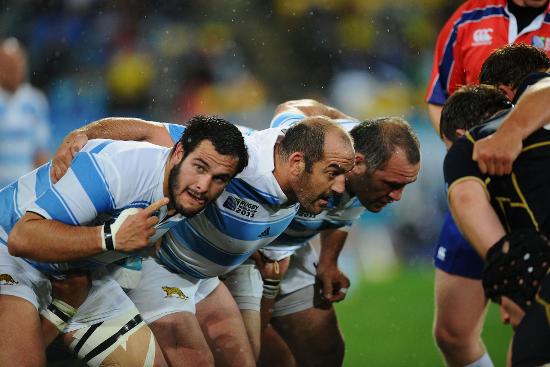 Malcolm Marx is making Bismarck’s absence less profound and it is true that he is now 33 years old, but the man is still feared for his physicality. At a time where South Africa lack experience in the pack, Bismarck could bring some much-needed aggression and intensity.

Faumuina’s move could not have come at a worse time. Owen Franks is reportedly struggling with an Achilles injury and his replacement is the four time capped Nepo Laulala. This will worry Steve Hansen massively who rarely starts players who haven’t built experience off the bench first. Faumuina is one of the best men to bring on at the 65 minutes mark with his power game and soft hands making him a great squad player. Huge loss.

A regular starter at Racing 92, Carizza is a seasoned campaigner who embodies Argentine tight five grunt and passion. The Jaguares quartet of locks are extremely talented yet suffer from massive discipline issues as English fans saw with Thomas Lavanini’s savage attack of Nathan Hughes’ right knee. Carizza could be a guiding hand to help nurture Alemano, Petti, Kremer and Lavanini.

Skelton has to be one of the most intimidating players on the planet. His 6’8″ and 22 stone frame normally require a double tackle and if he can free his arms, his hands are surprisingly soft. Australia must be gutted he has signed for Saracens as he is exactly what their make shift pack needs against the Etzebeths, Retallicks and Whitelocks of this world. A gigantic bruiser who has made a reputation for his thundering hits and rumbling carries. With only the uncapped Dan Du Preez selected at number 8 in Coetzee’s squad, Alberts would be perfect as a second ball carrier in the back row. Another who fled for the money of the Top 14.

David Pocock’s absence has never been felt more. Australia could do with another breakdown technician, unfortunately, Gill has been snapped up by the Toulon money machine. Always on the cusp of selection, if he had been patient he might be the primary Australian openside.

Los Jaguares and Argentina’s best player last year, the young number 8 has left Argentina with an ageing Leonardo Senatore left in his position. His continual gain line success and willingness to carry the ball hard to the line will be sorely missed in a pack that relies too heavily on the set piece to gain front foot ball. One of the stars of the future.

Ruan Pienaar is another who could fill this spot, but both he and De Klerk have left the Springboks without a clear starter in the 9 position. De Klerk’s scurrying and busy performances bring bags of energy which even off the bench would have been a useful weapon for Coetzee’s men.

It is so unlucky that Cruden has had to play second fiddle to two of the most naturally talented fly halves of our generation in Dan Carter and Beauden Barrett. Cruden will always be in the top 3 fly halves in the world because of his ability to read the game and put people in gaps. Hansen will be cursing these big money moves away from New Zealand.

A very dangerous customer and a proven finisher on the world stage. Both he and Marcelo Bosch of Saracens could bring some much-needed class to the Argentinian back line that often runs out of ideas against the top sides. His CV speaks for itself and he would be a welcome addition to the squad.

Plays the second playmaker role brilliantly when he is free of injury. He has a cultured boot and takes a lot of pressure off the 10 when he starts. It is unclear where Cheika means to play Kurtley Beale as of yet, but Toomua would have been the perfect foil for either Samu Kerevi or Tevita Kuridrani.

Supposed to be the next All Black superstar but Fekitoa never quite kicked on from the blistering form he showed in the 2015-2016 season. Nonetheless, he remains a lethal centre who combines his hard defensive work and tenacity in the contact area.

Kolbe would be a nailed on certainty to start for the Springboks owing to his blistering form in Super Rugby. Nine tries, 26 clean breaks and 58 defenders are startling statistics. His ability to step off either foot at lightning pace makes him one of the most elusive runners out there and the Boks will be bitter about his move to Toulouse.

It seems ridiculous to think Piutau is surplus to requirements in New Zealand. He has been tearing both the Premiership and PRO12 apart with his powerful running lines and instinctive attacking mentality. There is no way the All Blacks have been ignoring his form.