The Tullow Tank has had a stop-start couple of seasons with injuries forcing him out for large periods of time. 44 Irish caps and 2 for the British and Irish Lions, the Leinsterman would have been on many pundits list of opensides that Gatland should take on this tour, with his barnstorming ball carrying and hard hitting defence being key attributes of his game. One of the most destructive players in world rugby, O’Brien could prove to be massively influential on this tour of New Zealand.

If he remains fit until the end of the season and starts Ireland’s crunch matches in the Six Nations, O’Brien may remain a front runner for selection.

O’Brien’s fellow Leinsterman stands 1.85 metres tall and at the age of 22, has 4 Irish caps to his name. Van der Flier has enjoyed increased exposure at club and international level due to the previously mentioned injuries to his more experienced colleague, making an instant impact at both levels. His style of play and overall skill-set is different to O’Brien’s, with van der Flier being utilised more in the line-out and targeting the breakdown as a point of attack.

His lack of international experience may be a deciding factor in Gatland’s mind, but if the 22-year-old can secure the openside jersey from Ireland ahead of O’Brien and Jordi Murphy in the upcoming Six Nations, his stock will surely rise in the eyes of the current Wales and Lions coach.

He might have been knocked out against Leicester, but Haskell should still have the chance to play some part in the upcoming Six Nations. This would allow him the opportunity to stake a claim for a place in Gatland’s initial squad as an openside, despite the fact that he can cover all back row positions. Haskell was arguably in the form of his life in 2016, being moved to the openside by Eddie Jones and producing a series of physical but controlled displays for the Red Rose – most notably in the series whitewash against Australia.

The fact that he only played once this season for Wasps (the 35-odd second cameo against the Tigers) may hinder his chances of inclusion into Jones’ squad, which would mean the 31-year-old could miss out on Lions selection once again.

The 23-year-old native-born Australian has been on good form for Harlequins this season, arguably good enough to earn him a recall into the England squad for the upcoming Six Nations. His effectiveness at the breakdown has improved over the last two seasons, whilst his athletic tackling and ball carrying are distinctive aspects of his game.

With the England back row suffering an unprecedented series of injuries before the Six Nations, Clifford should arguably get the chance to prove he is England’s long term solution on the openside and that he can do an effective job for Gatland if chosen in the initial touring party. 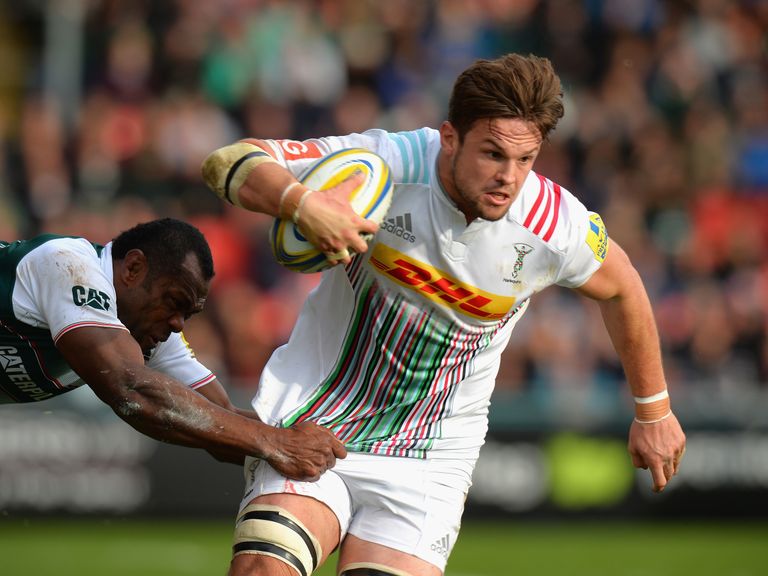 Despite rumours circulating that Warburton intends to step down as Wales captain and rule himself out of contention for the Lions captaincy, he is one of the few Northern Hemisphere flankers that can effectively cover both sides of the scrum. At only 28 years of age, Warburton has earned 69 caps for Wales and 2 for the British and Irish Lions, earning highest number of caps as captain in Welsh history – this highlights the unique experience he would bring to this Lions squad.

Arguably not playing the best rugby of his career, if stepping away from the duties of international captaincy helps him improve his form over the next few months then few would have real reason to complain. Especially if he can contribute to a winning series in New Zealand.

Acknowledged to be one of the most in form opensides in the northern hemisphere (160 tackles for Ospreys and Wales this season, 0 missed), Tipuric is on most pundits list of players Gatland should take to New Zealand. His tenacity and effectiveness at the breakdown, as well as his all-round rugby skill-set and dedicated defensive displays are factors that Gatland surely will have already noted – giving the Osprey his first Welsh cap against Argentina in 2011 as well as the subsequent 46 (including one for the British and Irish Lions).

The Ospreys tackling machine is a hard worker who is capable of making big plays under pressure and would add a world class skill-set to this Lions squad.

Relatively new to the Scottish set up, Watson has earned 5 caps since his debut off the bench in 2015’s Six Nations defeat to Italy at Murrayfield. He earned his revenge against the Azzurri in a summer test match 5 months later, and started 3 of Scotland’s 4 test matches in the 2016 Autumn internationals on the openside.

The 1.85 metre flanker has earned praise after recent performances for energetic, high intensity displays – being named Edinburgh Rugby’s player of the month for September, 2016. At 25, the native-born Englishmen could a long-term solution for Scotland at 7 but is likely to be an outsider for Lions selection this time round.

Another “foreigner” available for Lions selection, Hardie enjoyed a superb 2015 World Cup for the Dark Blue starting 3 games and scoring two tries. The native-born Kiwi is eligible to play for Scotland through his grandmother and at 28 years of age is likely to get the chance to add to his 13 caps, although this may not be the case when Gregor Townsend takes charge of the national team at the end of the 2016/17 season.

Missed the 2016 Autumn internationals through injury, Hardie should still be selected for the Scottish Six Nations squad as he was a firm fixture in Vern Cotter’s squads previously. Hardie is arguably an outsider for Lions selection – partly based on his lack of recent game time and the fact that he would be the first native born Kiwi to play for the Lions on a tour in New Zealand. 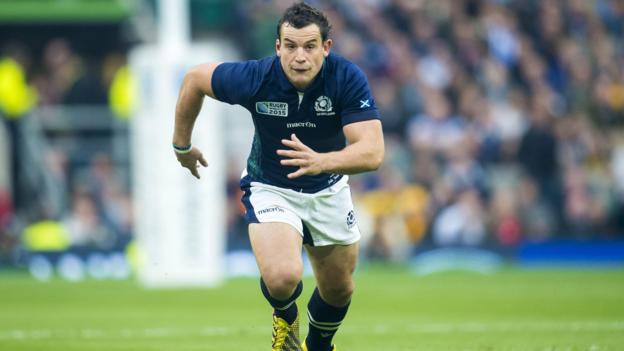 Justin Tipuric is arguably the most in form player on this list and his long professional relationship with Gatland can’t hurt his chances of selection. Wales may be facing a tough Six Nations without Gatland in charge, but the form Tipuric is in will surely give some hope to Welsh fans. An experienced openside who has already toured as a Lion under Gatland, Tipuric can cover both sides of the scrum if need be providing extra depth to the Lions back row.

Sam Warburton was selected for the 2013 British and Irish Lions tour of Australia partly based on the fact that he could effectively cover both sides of the scrum (he might have also been the captain). His current form for club and country might not be as amazing as it was then but if he does step down from Wales captaincy and focuses solely on his playing, Wales might have two world class opensides on top form.

Either way, many would argue that Warburton should be taken on this tour due to his experience, leadership qualities and the fact that he is still a world class openside flanker. Sean O’Brien has vast amounts of international experience, as does James Haskell,  and both are aggressive and disruptive players -but their recent injury histories raise questions regarding their form and ability to remain injury free on a Lions tour which sees ten matches take place within 5 weeks.

Josh van der Flier is on good form for club and country, is a through and through openside that can cover the back and second rows if called upon, whilst Jack Clifford is another young but inexperienced international who is showing signs of becoming a world class and versatile openside.

The Scottish duo of Watson and Hardie could also still stake their claims for selection, but their success would largely depend on Scotland’s results in the upcoming Six Nations, as well as which of the two can secure the starting berth on the openside.

Picking a third openside will prove to be a tough call that will most likely come down to who is injury free and in the best form. The players on this list will have it all to play for in the upcoming Six Nations.