As Chris Ashton set the Top 14 alight with his blistering try-scoring form, there was an increased clamour from many quarters for the 31-year-old to be included in Eddie Jones’ England plans.

Of course, that is likely not to occur unless Ashton returns to England to play Premiership Rugby. However, even when he was with Saracens the season before last, he remained unselected by Jones but it must be noted that he has taken his form to a whole new level while at Toulon.

An appearance for the Barbarians at Twickenham against England was another obvious reminder of his immense talents and there have been reports this week that Ashton will return to England so that he can make his way into Jones’ plans ahead of the 2019 World Cup. 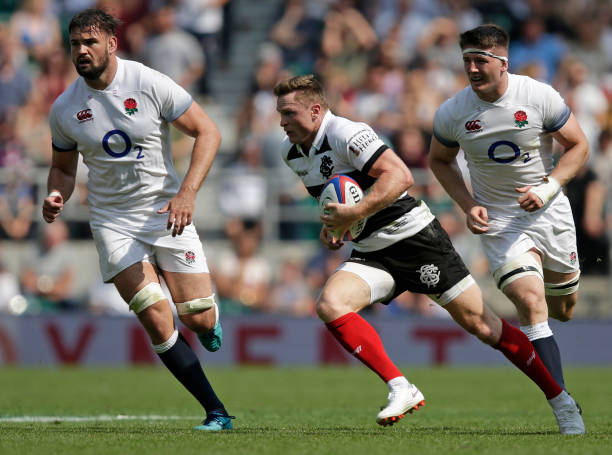 However, this hasn’t gone down well with the French club who have been forced to release a statement to not only dismiss the reports but also to state that Ashton is keen to extend his two-year contract with the club.

“Following rumours circulating on some media, Toulon confirms that winger Chris Ashton is still under contract with the club for two seasons,” the club said in a statement.

“To date, no request for termination of contract has been made by Chris Ashton. On the contrary, the English winger has asked for an extension of his contract.

“The club is studying this possibility. Any other information disseminated in the media may be considered completely unfounded.”

Generally, there is no smoke without fire and we wonder will the Toulon winger pursue a move home this summer with the 2019 World Cup in mind.