Rassie Erasmus is emerging not only as an astute coach of South Africa but also shaming many of his predecessors by rapidly transforming the racial balance of the team.

When the triumphant Springboks tackle England in a dead-rubber third Test in Cape Town Saturday, a record-equalling seven black players will be in a once whites-only side.

Integration of black players into the national rugby team has been tortoise-like at times, even after apartheid collapsed and South Africa became a multiracial democracy 24 years ago.

The belief of many South Africa coaches was that you pick two black wingers and maybe one black forward and that equals racial transformation.

Not so, said the African National Congress (ANC)-led government, who insist that 50 percent of the 2019 World Cup side must be black to more fairly reflect the population.

Ninety-two percent of South Africans are black and former Springbok flanker Erasmus was quick to accept that demographic reality.

“I am of the opinion that we must stop talking around racial transformation. We must talk about it,” said Erasmus ahead of the three-Test England series.

“The target is 45 percent this year, measured over the 14-Test season, and if I do not reach the mark I have failed to reach one of my key performance indicators.

“If I do not make the 45 percent target, I will be in trouble. We must see it like that. It is what it is and we must work around that.”

Only once before, when South Africa outplayed France in Durban last year, were there seven black starters. Among them was flanker Siya Kolisi, who created history this month by becoming the first black Springboks Test captain.

Kolisi got his chance with No.8 Warren Whiteley injured, but if he continues to inspire the side the way he has done, it is hard to imagine him being removed.

England have twice made breathtaking starts to lead 24-3 in Johannesburg and 12-0 in Bloemfontein, and twice they have been overhauled by cool Kolisi and his warriors.

South Africa clawed back into contention and claimed 42-29 and 23-12 triumphs to maintain an unbeaten series record against England.

While Kolisi exuded calm, particularly in Johannesburg when it looked like the Springboks were facing a hiding, England skipper and centre Owen Farrell has frequently lost his cool. 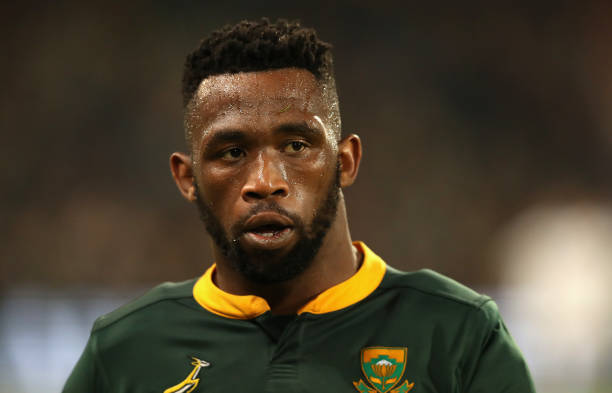 He argued far too many second-Test decisions in Bloemfontein, creating the impression that he was hardly in control of himself, never mind his team-mates.

Struggling England coach Eddie Jones, who has lost five consecutive Tests since February after winning 24 of his first 25 in charge, never worries about being in a majority of one.

“I have been really impressed with the fortitude of the squad under Owen Farrell, who is a young captain,” he declared after naming his Cape Town Test team.

Like Kolisi, Farrell owes his leadership role to an injury with hooker Dylan Hartley one of many absentees due to injuries or the need for rest.

With his eyes partly focused on the 2019 World Cup in Japan, Erasmus has made five changes, giving fringe players and a newcomer the chance to impress. 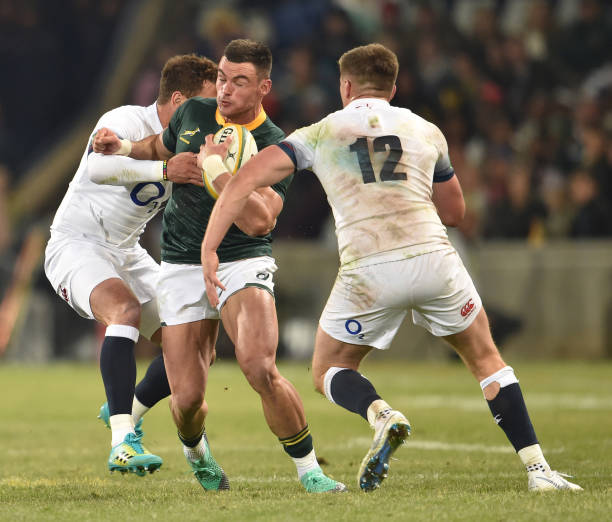 In the lone change among the forwards, hooker Chiliboy Ralepelle comes in for Bongi Mbonambi, with 37-year-old Schalk Brits brought out of retirement to be his understudy.

England have made four alterations — three enforced — as they seek a first victory in South Africa for 18 years.

Danny Cipriani succeeds George Ford at fly-half for his first start since 2008 because Jones wants “a left-foot kicking option”.