Danny Cipriani avoided a ban despite being found guilty of conduct prejudicial to the game Wednesday after England rugby chiefs decided not to impose any further sanctions over a nightclub incident.

The England player had already been fined and ordered to do community service by a court and his club side, Gloucester, following his guilty plea to charges of common assault and resisting arrest at a Jersey nightclub.

But the 30-year-old utility back was cleared to make his debut in Gloucester’s pre-season friendly against the Dragons Thursday by a Rugby Football Union disciplinary panel in Bristol.

“Mr. Cipriani is a role model and by committing an act of common assault and by resisting arrest, the panel find his actions are prejudicial to the interests of the game,” said panel chair Gareth Graham.

Previous cases brought to the panel have led to fines and/or suspensions.

A female police officer suffered bruising to her neck in the incident at the Royal Yacht Hotel in St. Helier, the capital of the English Channel island, the court was told.

The panel said it endorsed Gloucester’s decision to fine Danny Cipriani £2,000 ($2,500) and order he completed 10 hours of community work, adding that the incident was not viewed as “minor” or “trivial”. 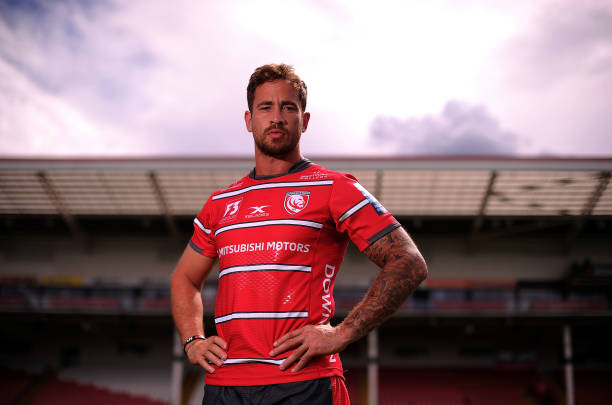 Cipriani was fined an additional £2,000, and ordered to pay £250 compensation to a policewoman in court last Thursday.

Cipriani, whose career has been blighted by off-the-field misdemeanours, had resurrected his England career and made his first Test start in a decade against South Africa in June.

The decision to bring the case before the RFU was criticised by Gloucester, which said Cipriani was being “singled out” after intense media coverage.

Cipriani has issued a “heartfelt apology”, saying he was “truly sorry… most importantly (to) the police”.