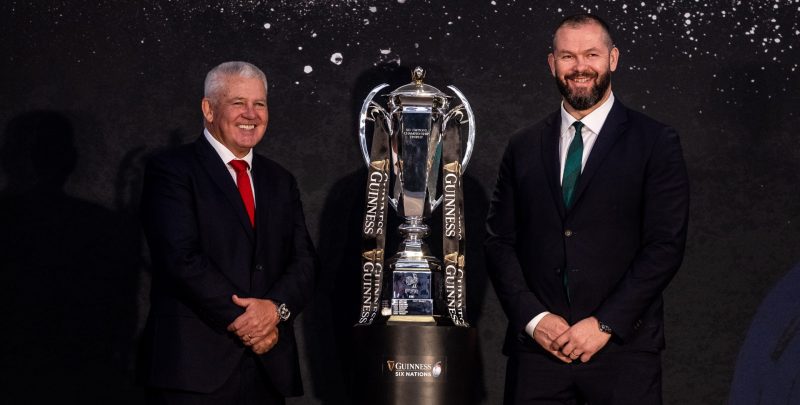 Warren Gatland is happy that Wales will be facing Ireland first as he believes both teams will be “underdone” in the opening round of the Six Nations.

Ireland and Wales are heading into the Six Nations under very different circumstances, as Andy Farrell’s side are currently the world’s number one ranked team, while Gatland has taken charge of Wales again after Wayne Pivac was sacked.

Wales won just three of their 12 test matches last year under Pivac, although the return of Gatland has sparked hope among the country’s supporters, despite the team’s recent form.

Speaking at the Six Nations media launch, Gatland sees reasons to be confident for when Wales host Ireland at the Principality Stadium in his first match back in charge.

“Getting Ireland at home is a good start for us to have. They’ll be a little bit underdone like we’ll be in the first game, but they’ve got a huge amount of strength in depth at the moment,” Gatland said.

“A lot of players are coming from Leinster who are unbeaten this season and look a class act. But I look at the Ospreys a few weeks ago and they put themselves in a position where potentially they should have beaten Leinster.

“They could have come away with that. But the quality of them as a team meant that they were able to make the most of the last 10 minutes.

“So I think that we’ve got to create some confidence and self belief that if we are accurate and bring the right emotion to a game against Ireland that we’ve got a chance of playing really well.”

Laughing off suggestions of a Wooden Spoon decider.

Wales avoided last place in the Six Nations in 2022, although they won just one of their five test matches and were beaten at home by Italy on the final day of the championship.

When asked if he expects the encounter with Italy this year to be a “final of sorts”, Gatland laughed off the suggestion while complimenting the Azzurri for their recent improvement.

“A final for the Wooden Spoon? I think that was a great result for Italy [last year]. If Wales won that game comfortably then they had a chance of finishing third in the Six Nations,” Gatland commented.

“The experience that I’ve had is that’s something you don’t focus on at the start. You talk about your performance, taking your three points, building the scoreboard and letting that take care of itself. That’ll be a challenge for us.

“I’ve been impressed with Italy in the Autumn with that win over Australia, which was fantastic. They’ve been building some depth in recent years, particularly through their U20s team that have had some good performances.

“I think that was a great boost for the Six Nations, particularly Italy. They’d been on quite a significant run of defeats, so we need six teams competing at a certain level.