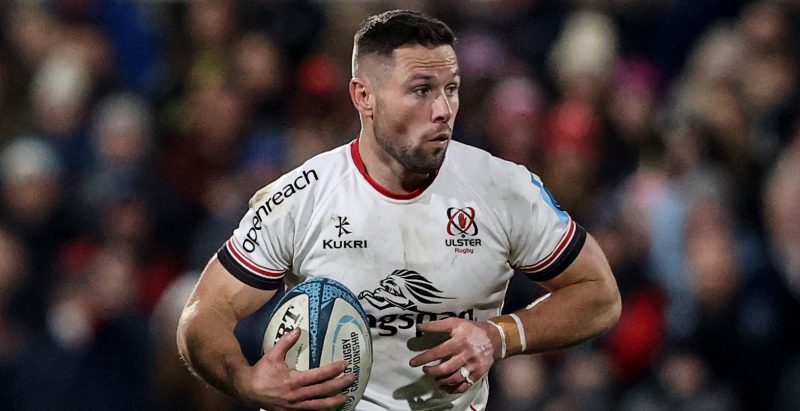 Stephen Ferris has criticised John Cooney’s desire to play for Scotland, as he won 11 caps for Ireland in the past.

Cooney will soon be eligible to play for Scotland thanks to his Scottish father and the new World Rugby eligibility rules that allows players to switch international allegiance three years after their last cap.

Scotland head coach Gregor Townsend revealed at the Six Nations media launch that Cooney had contacted him and that he would consider calling the former Ireland scrum-half up when he becomes eligible.

Speaking on RTE’s Game On, Ferris argued that the new eligibility rules were brought in to help the Pacific Island nations and not the likes of Scotland.

“I’ve interviewed John, I’ve been chatting to him pre and post-games about moving to Scotland and he always gives you a very, very vague answer and obviously talks about somebody directly in the family who is born and bred Scottish,” Ferris said.

“He talked about people don’t understand when you have an allegiance to two countries. But if I was in his shoes and I played for Ireland, I wouldn’t want to be playing for any other team.

“I think if you ask the vast, vast majority of footballers, hockey players, rugby players, whatever it may be, if you play for your country but there’s a loophole to go and play for another country, would they do it? I’d say nearly all of them would say no.

“I think the rule was brought in to help the Pacific islands a little bit more than to help Scotland, England or Ireland and the stronger nations.”

“It’s great to know that he was keen to be involved with us and adds to our depth at scrum-half.” 🏴󠁧󠁢󠁳󠁣󠁴󠁿https://t.co/BqBEZ0xT9r

The Scots are making use of the new rules.

The new eligibility rules were brought in with the Pacific Island nations in mind, and several big names have made their debuts for Tonga having previously played for New Zealand and Australia, like Charles Piutau, Malakai Fekitoa and Israel Folau.

Of the tier one nations Scotland are perhaps utilising the change the most, as former Australia flanker Jack Dempsey has lined out for the Scots, while former England winger Ruaridh McConnochie has been called up for the Six Nations.

All countries can avail of the new rules, although Scotland do appear to be ahead of the curve in calling up players previously capped by other nations.

Warren Gatland happy to have ‘underdone’ Ireland up first