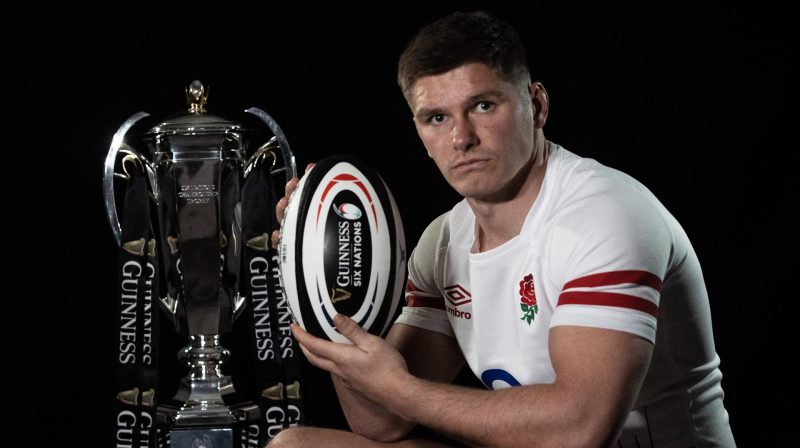 Owen Farrell is aiming to be at the forefront of safer tackling in rugby after he finishes serving a ban for a dangerous hit.

Farrell received a four-week ban for a high tackle he made during Saracens’ recent win against Gloucester, although his suspension was reduced by one week after he completed a World Rugby tackling course.

The England captain will be available for his country’s opening Six Nations match against Scotland as a result, which led to criticism of the length of Farrell’s suspension and the use of the tackling course.

Speaking at the Six Nations media launch, Farrell explained that the tackling course forced him to work on his own technique while stressing that he wants to play a part in making the game safer.

“I did a few bits last week at the club. It gave me a chance to obviously look at the situation which got me here in the first place and have a look at it in good detail and do some bits to correct it,” Farrell said.

“Probably the most important bit around this is that the game’s going this way to make sure that everybody’s tackling safely and making sure that the players are safe. Us as an England team want to make sure we’re at the forefront of that.

“We want to make sure that we’re on the right side of these tackles and making sure that we play as hard as we can in the way that the game’s intended to play, but also as fair and as safe we can. As a player in this team I want to be a big part of that.”

Steve Borthwick on his choice of out-half.

In recent times under Eddie Jones, Farrell primarily played as an inside-centre while Marcus was at out-half, although newly-appointed England head coach Steve Borthwick is under no obligation to continue with that combination.

Farrell can easily slot in at out-half, where he normally plays for Saracens, although Borthwick was unwilling to reveal on who he plans on handing the number 10 jersey to.

“The team will be announced two days before that Scotland game, as is customary. There’s going to be a lot of water to go under the bridge between now and then,” Borthwick commented.

“There are a lot of things that can happen, things can change. There’s more information I need to get about multiple aspects and then I’ll make the decision around selection.

“One of the great things about your question, the thing that strikes me the most, is how awesome it is to have such competition for places. For me as head coach to have players of the calibre of Owen Farrell competing to be in this team.

“Marcus Smith, you’ve got young Fin Smith. He’s a superb talent. You’ve got George Ford returning to fitness soon, you’ve got great players in this team and many of them have got positional flexibility, which is also a great asset.”