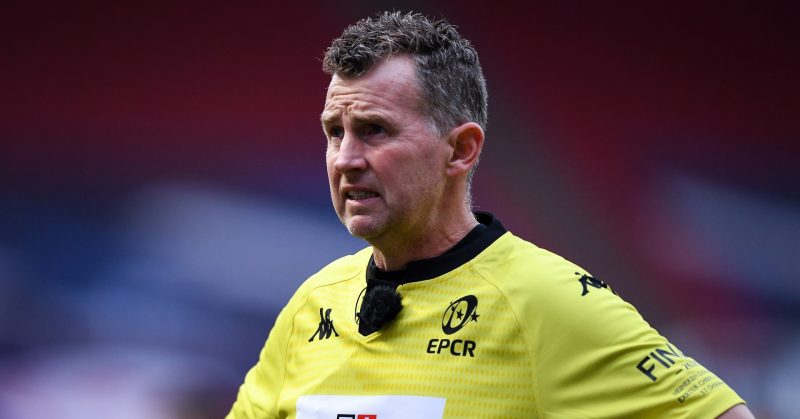 Nigel Owens has predicted that the new waist-height tackle law in amateur English rugby will make the sport very difficult to officiate.

From July 1st, in all levels below the Premiership and Championship in English rugby, players will be penalised if they tackle above the waist.

The upcoming rule change has prompted plenty of pushback, as a petition calling on the RFU to change their decision has received almost 70,000 signatures at the time of writing.

“Most importantly there needs to be total clarity for the referees because it is a contact sport. It is going to be very difficult, I would think, unless there is total clarity around this to have a shift in the behaviour to referee it,” Owens said.

“If the ball carrier is going to ground near the try-line, how are you going to be able to get below his waist to tackle him?

“How do you now set up a maul? Because the ball-carrier is on his feet, the defenders wrap around him and you can’t join a maul below the waist. There are a lot of question marks and that is what needs to be addressed.”

🏉To support player welfare, RFU Council agreed on Monday 16th January to lower the height of the tackle across the community game (Age Grade & Adult) from 1st July 2023

Find out more about the law change, including rationale, next steps & training support to be provided⬇️

Efforts are being made to make the game safer.

The new waist-height tackle law is being adopted in an effort to reduce the number of concussions being suffered in rugby, as it has been shown that high tackles often result in head injuries.

It is of course possible for players to suffer head injuries when making contact with the hip or knee of an opposition player however, which will happen more frequently now that all tacklers must make contact at the waist or lower.