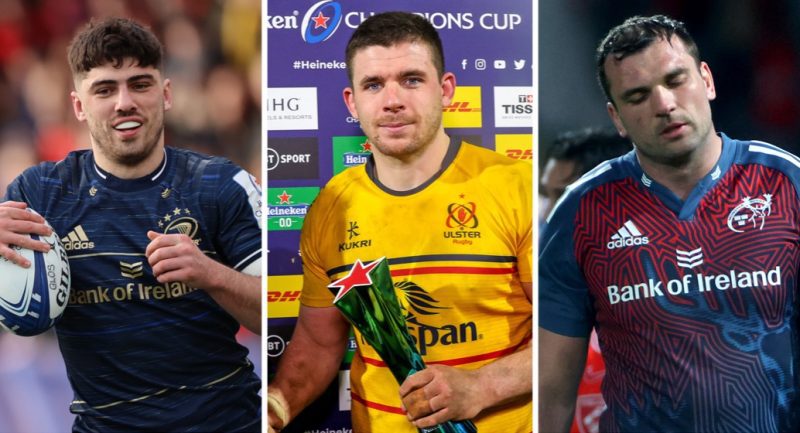 All four Irish provinces have qualified for the knock out stages of European competition, although only Leinster and Ulster won in the final round.

Leinster were made to work hard by Racing 92 in the first half, but a sensational final 30 minutes in which the four-time European champions scored five tries blew the French club away late on.

Ulster came out on top of an arm wrestle with Sale Sharks to secure their place in the last 16 of the Heineken Champions Cup, although they have a tough assignment up next as they will face Leinster in Dublin.

Munster fought bravely against Toulouse but ultimately came up just short, although they qualified for the knock out stages nonetheless and will face the Sharks in South Africa.

Connacht couldn’t make it four wins from four in the EPCR Challenge Cup as they suffered defeat to Newcastle Falcons, and they must travel to Italy to face Benetton in the last 16 after missing out on a home fixture.

Garry Ringrose was the star of the show at the Aviva Stadium as he created two tries and scored one of his own right at the death, as the centre continued his recent stunning form.

Nick Timoney was again Ulster’s hardest worker as he got through plenty in defence to help restrain a powerful Sale side in front of a raucous home crowd in Belfast.

Munster’s forwards really fronted up to the sizeable Toulouse pack in the south of France, with Tadhg Beirne and Gavin Coombes particularly impressive as they made a nuisance of themselves all afternoon.

Connacht will be disappointed with their defeat at the hands of Newcastle, although Finlay Bealham can be pretty satisfied with his shift, as the prop scored an unlikely hat trick from three close range efforts.

Irish EPCR team of the weekend.

Garry Ringrose declares himself all good after injury scare against Racing