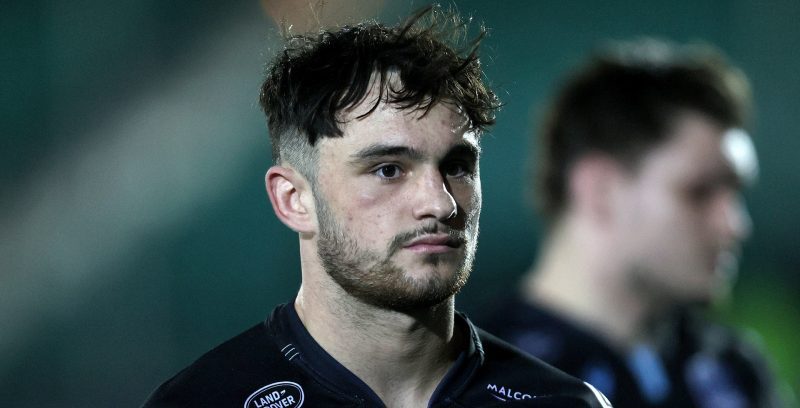 McLean, who first played for Glasgow in 2020 and has won three caps for Scotland, pleaded guilty to domestic abuse charges last week and was suspended from all club activity.

Following an internal disciplinary hearing held by Glasgow Warriors in conjunction with Scottish Rugby, McLean was found to have breached his contract with the club through his actions and subsequent criminal record.

Glasgow Warriors Managing Director Al Kellock explained that McLean’s actions have been deemed as unacceptable and that the club will continue to work with Police Scotland to promote its male education campaign.

“Glasgow Warriors prides itself on being a family-centred club and are proud to always represent our fans and our city,” Kellock said.

“Rufus admitted domestic abuse and his actions cannot be condoned which has resulted in his employment with Glasgow Warriors ending.

“We have taken this matter extremely seriously. Sadly, with any crime there is a victim and as a club we want to acknowledge the impact on the young woman involved.

“We are committed to ensuring our players continue to be positive role models and recognise the privileged positions they hold.

“We found the recent work with Police Scotland on male education to be hugely instructive and we are grateful for the opportunity to continue working with them in the near future.”

“I fully support the approach taken by Glasgow Warriors in ending Rufus McLean’s employment with the club,” Dodson said.

“There is no place in today’s society for any form of abuse and his actions have impacted not only his club and rugby in Scotland but more importantly the life of his former partner, which is both sad and regrettable.

“We will continue to take a strong stand against any behaviour which either breaks the law or brings our game and its values into disrepute.

“We are fortunate to have many role models across our sport who inspire others and have earned our wider respect. This is not a position we take for granted and are committed to ensuring our standards on and off the pitch remain to the highest level.”

Warren Gatland happy to have ‘underdone’ Ireland up first