Following a great day yesterday with Presenting Percy (5/2) and Tiger Roll (7/1) getting up to win the double at 27/1, we’re hoping for more of the same today. The trick is not to give it all back today so please keep the same stakes and make sure to be still in profit come 5.40 on Friday.
_____

A very weak renewal of the JLT. I had Willoughby Court heavily fancied since Christmas but injury meant he didn’t make the field.

Out of the others, Invitation Only is a horse I’m starting to come round to. Beaten less than a length behind Monalee (who should have run here and not the RSA) which makes for good form and won his previous two starts before that. 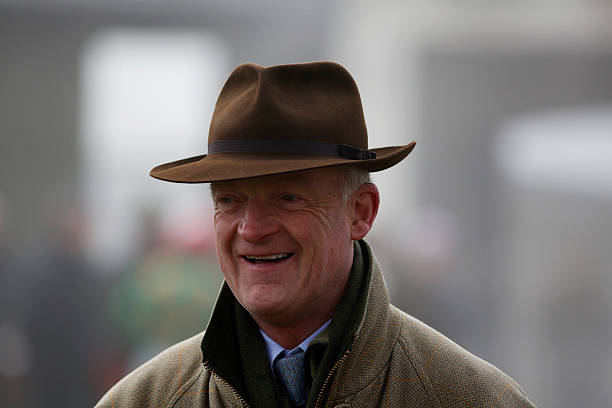 He will improve from his Leopardstown run and conditions could be perfect today. Willie Mullins has won the last three JLT’s and while Invitation Only would ordinarily struggle at this level, I cannot stress how terrible a race this is.

On that basis, we’re hoping he has enough to do it.

This is the first of three handicaps on the card and we’ve six places here so the advice would be to throw an each way dart.

Forza Milan for Jonjo O’Neill could run well at 14/1. Finished 2nd to Louis Vac Pouch (who is a much shorter price here) but he can overturn that form today.

Jonjo O’Neill will have him primed for this race and conditions shouldn’t be a problem. Worth a small each way bet.

I absolutely adore Un De Sceaux who, for me, is the most underrated chaser in training with 20 wins from 26 starts. However, There are possible stamina concerns with the trip today as it’s 2m5f on soft ground.

Saying that his class should be more than enough today and while there are proven stayers up against him, it could be a case that they won’t get close enough to make that matter. The advice would not be to stop you putting him in your multiples but I’ll let you decide on that. For this punter, the excitement is in finding one at a bigger price.

If one of those stayers I mentioned does get close, it could be Balko Des Flos. I really liked his impressive run at Christmas where he was second to Road of Respect and form has been franked by the beaten third Outlander finishing second in the Irish Gold Cup since.

It was a career-best from Balko Des Flos who is an ever-improving horse. He’s been on the drift due to the ground but I personally think the ground and trip might actually suit him here and can see him running a big race.

At the time of writing, Douvan is still declared for this race so if he is withdrawn there will be a Rule 4. If you’re reading this and Douvan has been withdrawn, then prices will be a lot shorter to take into account the withdrawal.

A very competitive renewal and I really like the favourite Sam Spinner on this ground. He won very well last time out in Ascot, beating a lot of today’s rivals. I would not put you off backing this horse at all. The only question is, being from a small stable, can Joe Colliver deliver the same front-running performance at Cheltenham? It’s a different ball game.

Initially, I was looking at Let’s Dance as I’m starting to see bookies overpricing Mullins 2nd and 3rd strings. Good play to keep an eye out in general. When I was looking at her I stumbled upon a bit of forgotten form; the Galmoy Hurdle in January over similar ground and distance.

Presenting Percy’s odd preparation for the RSA Chase yesterday was to run over hurdles at that race in Gowran Park. Five lengths back in second was Augusta Kate, and here’s where it gets interesting.

Due to the race being a Grade 2 and Augusta Kate having already won a Grade 1 she lost her mare’s allowance. So, over level weights against Presenting Percy, she really put it up to him and right up to the last hurdle looked like a potential winner.

Getting her 7lbs mare’s allowance back today, she could be massively overpriced at 40/1.The question mark would be her two previous runs at Cheltenham but she was heavily backed for both and connections think a lot of her.

This could be her ideal trip and conditions and finally the day it all happens for her. With 4 places on offer here, we might be on to something.

With six places on offer here as well, the horse I’m starting to really like is Last Goodbye. Ran okay in this race last year eventually finishing 5th but it’s his last run at Leopardstown that stands out.

Ran under similar conditions to today and could improve off the back of it. He makes a good each way play at 12/1.

A race that has only been around since 2016 and one where Willie Mullins is two from two. Laurina has been heavily tipped at many preview nights as the absolute banker of the meeting and I am relying on her for a few multiples.

However, as short as 4/7 I think we can leave her alone and one horse I’ve been keen on is Salsaretta. At one stage tipped for many novices hurdles this year, they never got a run in to her due to many setbacks but it’s interesting that they’ve gone straight for this race.

She has never run in the UK & Ireland but the vibes for this horse at the start of this season cannot be ignored. I’ll have a small play just in case we’re all on the wrong Mullins banker.

Mall Dini has been a long favourite of mine and boasts a fantastic Cheltenham record. Same trainer and connections as Presenting Percy, this horse will have been primed for this race having found a bit of trouble in running last year to finish 5th.

The price has gone in to as short as 5/1 so despite being the most likely winner, I’ll look elsewhere.

Like all the handicaps you can make a case for most of these. A horse I’ve been looking at is Missed Approach who was second to Tiger Roll in the four-miler last year.

Should have no problem staying the trip and has course form. Could run well with 11/1, 5 places available and looks a solid EW bet.