Andy Murray will wait to see how his body responds to his first competitive match for 11 months before deciding whether to compete at Wimbledon.

Murray was beaten 2-6, 7-6 (7/4), 7-5 by Australia’s Nick Kyrgios in the Queen’s Club first round on Tuesday as the former world number one returned from the hip injury that required surgery in January and wiped out the second half of last season.

The 31-year-old Scot, back on court for the first time since a Wimbledon quarter-final defeat against Sam Querrey 342 days ago, had low expectations of his return after several aborted comeback attempts.

Although the two-time Wimbledon champion, whose ranking has plummeted to 156, showed signs of rust in his shot-making and movement at times, he was generally encouraged by his gutsy display.

However, Murray admitted to feeling stiffness in his back during the match and his foot afterwards, prompting him to make it clear he is still unsure if his body can hold up to the demands of best-of-five-set ties at Wimbledon. 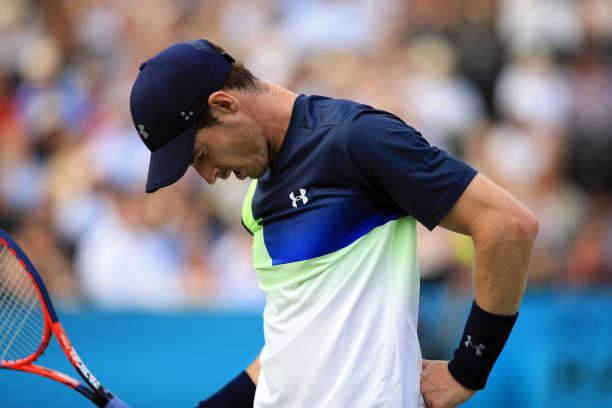 He plans to see how he recovers over the next 48 hours before deciding whether to play at the All England Club, where he has twice won the Wimbledon title.

“How I feel tomorrow is relevant. If I wake up and don’t feel good then that’s not the best sign for best of five tennis,” Murray said. 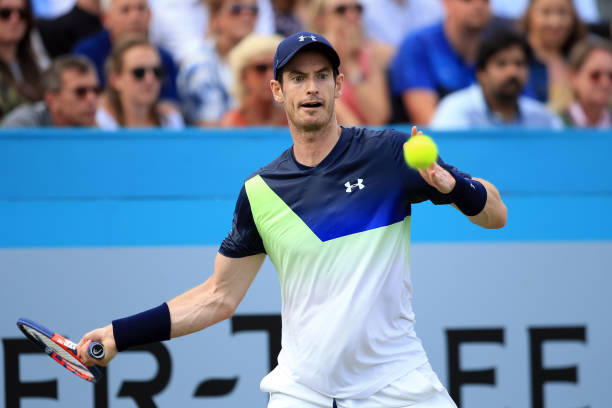 “I wouldn’t rule out not playing a tournament next week and trying to get matches like in an exhibition tournament, as well, to get ready for Wimbledon. I’m not sure yet.

“I’ll kind of need to wait and see what happens the next few days and chat with my team about that, because I don’t know exactly what’s best for me just now.”

Murray revealed he found it difficult to keep his emotions in check after such a long time on the sidelines.

“I was quite emotional after my practice today. It’s been such a long time. People have been saying it’s great to see you back,” he said.

“When I was close to getting over the line at the end of the match, emotions might have got in the way.” 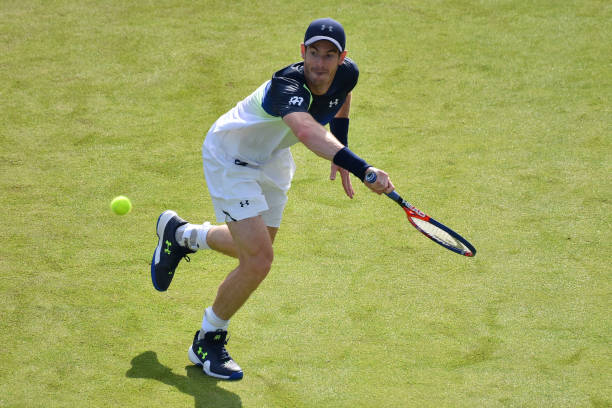 Frustrated by his failure to see off Kyrgios, he conceded he is still early in his attempt to return to peak form.

“It was a close decision (to play). I’ve not been practising loads at all. I’m happy I got out there and competed respectably,” he said.

“I was pretty nervous this morning. You don’t really know how you are going to perform.

“I thought I did ok, certainly could have done some stuff better.

“Physically I didn’t feel amazing, started to tired at the end. It was a good test for me after such a long time.

Watched by wife Kim and mum Judy, Murray was given a rousing reception as he walked onto the court and responded with a bashful wave to the crowd.

Murray had described his protracted rehabilitation, which featured only two exhibitions outings since Wimbledon last year, as the toughest spell of his career.

All the demons from those anxious medical updates and gruelling hours in the gym could finally be exorcised as Murray traded ground-strokes with Kyrgios from the baseline before capping the first point of his return with a cathartic forehand winner.

Inevitably labouring as the match passed two and a half hours, Murray refused to surrender to his aching body and dug deep to save two match points at 4-5.

But fatigue finally got the better of him when a tired double fault handed Kyrgios a win that leaves Murray to concentrate on building his stamina ahead of next month’s Wimbledon.