Well, it was fun while it lasted!

Eddie Alvarez made his return against Dustin Poirier at UFC 211. The fight lived up to billing and was all action, while it lasted. Unfortunately, the fight was ruled a no contest, late in the second round.

After an even first round, which Poirier probably shaded as virtue of a snappier jab, ‘The Diamond’ rocked Alvarez early in the second. After his dismantling at the hands of Conor McGregor in his last fight, many may have questioned how  well Alvarez would respond to some stiff shots, entering this fray. He weathered a Poirier storm and managed to rock the Louisiana native with some tidy work of his own though. 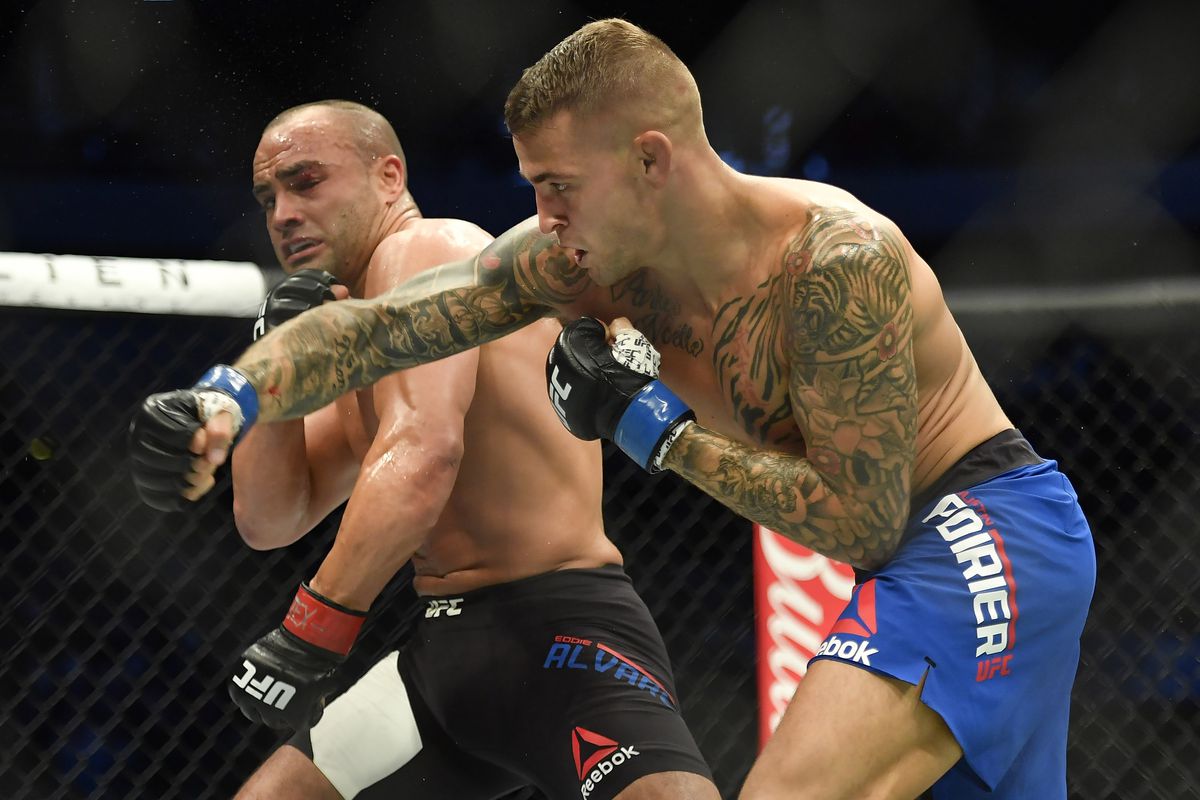 Having regained composure somewhat, Alvarez had Poirier clenched against the cage. Poirier, with one hand on the canvas, was deemed a grounded fighter, as Texas has not adopted the new unified rules, which came under scrutiny during the Mousasi/Weidman fight.

Alvarez proceeded to land two illegal knees to the head of Poirier. As a result, Herb Dean stepped in and allowed Poirier recovery time. Having experienced some blurred vision, Poirier deemed he could not continue. Herb Dean briefly consulted with Marc Ratner, Vice President of Regulatory Affairs with the UFC, and ruled the fight was a No Contest, as the knees from Alvarez were deemed unintentional.

Many fighters voiced there opinions on Twitter, following the no contest ruling.

I love eddie, but he should be DQ'd… #UFC211 But all that is on Herb for not jumping in after the first knee.

These Knee Rules Are Controversial • #TonyFergusonMMA

Raise both their and hands and fuck it. Good fight.

No contest is probably the right call. But we shouldn't be talking about the fucking knee. It's overshadowing a great fight.

This is what happens when there is inconsistency with the commissions/rules. #UFC211

Following this controversy, the debate surrounding what constitutes a ‘grounded fighter’  is sure to surface again.