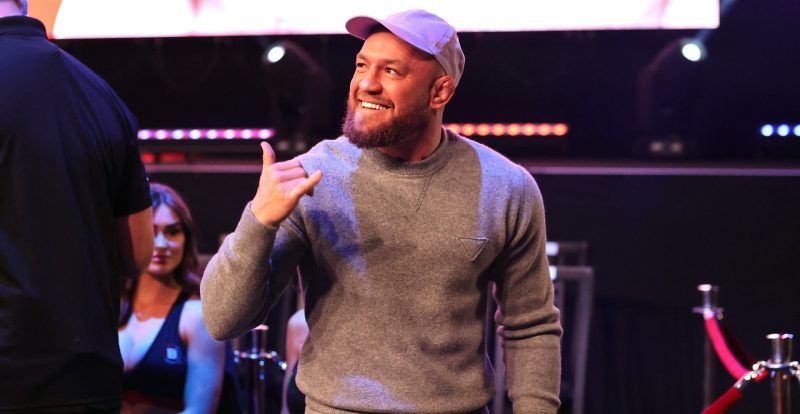 John Kavanagh has named three fighters he would like to see Conor McGregor face in his comeback bout.

McGregor is set to fight in the UFC again this year, having not entered the octagon since he suffered a severe leg break while fighting Dustin Poirier in July 2021, although no date or opponent has been set as of yet.

In the meantime, McGregor has been filming for a remake of the 1989 film Road House, which has raised questions about how eager the Dubliner is to return to fighting.

Speaking on Ariel Helwani’s The MMA Hour, McGregor’s long-time coach admitted that the 34-year-old will need a lot of motivation to train properly, and suggested that a rematch with Poirier is not on the cards.

“Let’s say I’m seeing Conor this week and we’re chatting and he says a few names. I see a name particularly gets the eyes open and gets him pacing up and down the living room,” Kavanagh said.

“That would be absolutely the most important thing for me, is that it’s a name that’s going to excite him. For this next fight he’s definitely got to find something that’s massively motivating to him to get him out of the silk pants and into the sweaty gym.

“What’s it going to be? A couple million more? Is that really going to motivate him? I don’t think so. A particular opponent, a particular skill-set and how it matches up against him [will motivate him].

“You’ve got the great Nate Diaz obviously in there. Justin Gaethje I think would be a very interesting match up – someone he hasn’t fought before.

“The Poirier fight, we’ve done that so many times at this stage and it’s just a weird one. Michael Chandler – a great fighter, a great athlete. They’re all brilliant, they’re all going to bring something different to the contest.”

If you’re Conor McGregor, who excites you? pic.twitter.com/k9nnIFmJop

The UFC will want to get the most out of their star attraction.

McGregor still has two fights left on his UFC contract, and the MMA promotion will hope to make as much money as possible out of those if the Dubliner decides against signing a new deal.

Although McGregor hasn’t fought for a title since 2018, a victorious comeback could see him competing for a belt again based on the money it could generate.

Jon Jones will fight Ciryl Gane for the UFC heavyweight title in March, despite having never competed at heavyweight and having last fought in February 2020, so a title fight for McGregor certainly isn’t out of the question.

Dana White argues that him leaving the UFC would hurt fighters