Tiger Woods and Phil Mickelson will go head-to-head in a winner-take-all $9 million (7.78 million euro) duel in Las Vegas in November, it was announced Wednesday.

Woods and Mickelson, who have 19 Major titles between them, will face off at the Shadow Creek Golf Course on November 23, coinciding with Thanksgiving weekend in the United States.

The match play duel between the two veterans, a head-to-head meeting that has been mooted repeatedly over the years, will be screened on pay-per-view.

“It’s an opportunity for us to bring golf to the masses in prime time during a period where we don’t have much going on in the world of golf,” Mickelson told ESPN on Wednesday.

“It’s a way to show a side you don’t normally see by having us miked up to hear some of the interaction between us.”

Mickelson and Woods had an occasionally frosty relationship during their prime years at the summit of men’s golf but have enjoyed warmer ties recently after working closely during various Ryder Cup and Presidents Cup campaigns. 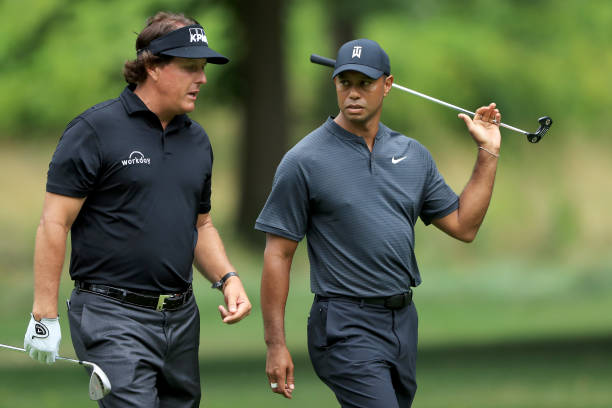 Mickelson said there was no chance of the duo carving up the lucrative purse between them, insisting that the event would be winner-take-all.

“If you (don’t) do that, it undermines it,” Mickelson said. “The whole point is the winner-take-all thing. That’s the exciting part about it.”

Former world number one Woods only returned to golf this year after missing most of the previous two years due to recurring back problems.

The 42-year-old bagged a second place finish at the PGA Championship earlier this month while 48-year-old Mickelson missed the cut.