Former world number one Tiger Woods admitted Wednesday he believed his career was finished before launching his successful comeback to top-flight golf this season.

Tiger Woods, who was sidelined for nearly two years through a back injury before returning this year, is reported to have privately confided his fears at the 2017 Masters dinner.

“I’m done, I won’t play golf again,” Woods is reported to have told a fellow former Masters champion at the traditional event.

The remarks were revealed by Britain’s three-time Masters winner Nick Faldo in an interview following Woods’ second-placed finish at the PGA Championship.

On Wednesday, Woods confirmed to ESPN that Faldo’s comments were accurate.

“Yes, Nick’s correct what he heard because at the time I was done and I didn’t know what I was going to be doing,” Woods said on the sidelines of the Northern Trust Open.

Woods, who is eyeing a strong finish to the season to force his way into the players roster for the Ryder Cup, returned this season after undergoing spinal fusion surgery. 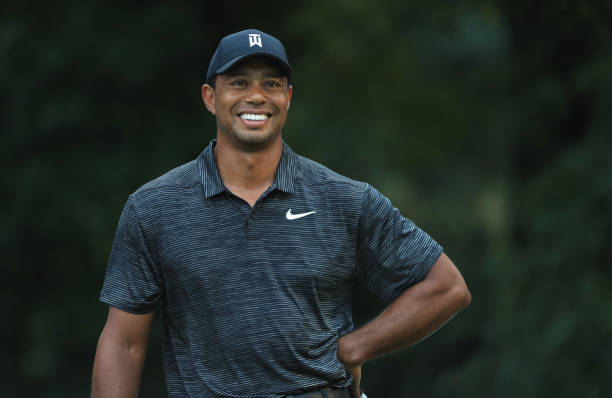 Although he has yet to mark his return with a tournament victory, Woods has impressed with five top-10 finishes on the PGA Tour, including his second at the PGA Championship and sixth at the British Open at Carnoustie.

I bet you think this is the easiest $9M you will ever make?

Woods will compete against old rival Phil Mickelson in a $9 million showdown in November, it was announced on Wednesday. Woods is also hoping to secure one of Jim Furyk’s last spots on the US Ryder Cup team to play Europe in Paris at the end of September. The Ryder Cup tees off at Le Golf National on September 28th.
_____