Paul Lawrie won’t be heading back to the scene of his 1999 British Open triumph at Carnoustie when this year’s edition returns to the Scottish course after announcing Monday that his season was over due to injury.

The 49-year-old Scot has been struggling with back and foot problems and he now plans to spend the next few months concentrating on the foundation programme he runs for junior golfers.

“It is with regret that I announce my withdrawal from all Tour events for the remainder of the current season,” Lawrie wrote on his official website.

“Unfortunately, both the back and foot injuries I have been carrying for the last six months and more have become debilitating, to the point where I am not currently able to compete at the highest level,” he added.

“Rest and further investigation will be required.

“It is particularly disappointing that I’m going to miss both the upcoming Aberdeen Standard Investments Scottish Open and The Open Championship, as a result. 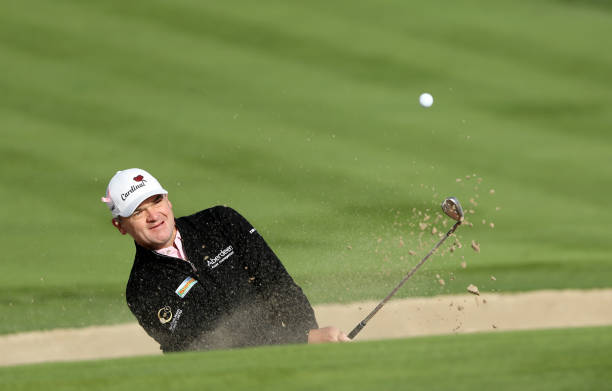 “My hope is that the break will allow me to get the required treatment and to come back next season (when I’ll be eligible for the Seniors circuit) as strong as ever.

“As well as working on my rehabilitation, the time away from the course will allow me to spend additional time working with the juniors in my Foundation programme, which is dear to my heart.

“I would like to thank all of my sponsors for their continued support and understanding at this time, and I hope to come back fitter and stronger in 2019.”

Lawrie has always been annoyed by suggestions he was an ‘accidental’ major championship winner.

Yet his British Open success is arguably best remembered for French golfer Jean van de Velde blowing a lead with a dramatic triple-bogey on the last hole rather than the Scot’s victory in an ensuing play-off also featuring the United States’ Justin Leonard.