Kevin Tway birdied his last five holes, three in a playoff, to win his first US PGA Tour title on Sunday at the Safeway Open, where Brandt Snedeker squandered a five-shot lead in the final round.

Tway rolled in a 10-foot birdie putt at the third hole of sudden death to win the first event of the US tour’s 2018-19 season over Ryan Moore at Silverado Resort in Napa, California.

Snedeker, who started the day with a three-shot lead and led by five with 11 remaining in regulation, fell by the wayside with a par at the first playoff hole.

Moore matched Tway’s birdies at the first and second playoff holes, before succumbing at the third — the par-four 10th.

“I think I birdied my last five holes — that always helps.” 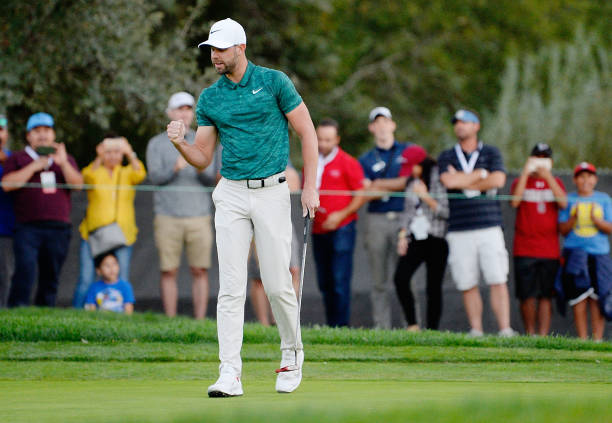 He had birdied 17 and 18 in regulation to complete a one-under par 71 at Silverado Resort in Napa, California, finishing tied with Moore and Snedeker on 14-under par 274.

Snedeker started the day with a three-shot lead and stretched the advantage to five after birdies at the fifth and seventh before slumping with four bogeys on the back nine.

“I was just able to put together a round of golf,” said Moore, who had six birdies and just one bogey. “On a day like today it’s not about necessarily how you’re swinging, it’s about how you just get the ball in the hole and somehow I managed to do that.”

Snedeker briefly regained a one-shot lead with a birdie at the par-five 16th, where he rolled in a 10-foot putt. 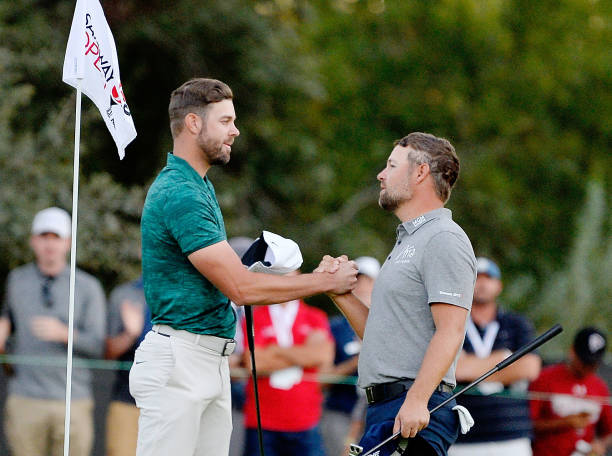 But he immediately gave the shot back at the 17th, where he was far left off the tee and in the pine straw under a tree. He found a bunker at the par-five 18th and settled for a par and a two-over 74.

Snedeker said he’d remember the event as one he “gave away”.

“I think he’s probably crying to be honest.” — @KevinTway pic.twitter.com/XSuaelmPP3

The top trio finished a stroke in front of a group of five players on 275.

Luke List jumped into that bunch with an eagle at 18 to cap his 67. Troy Merritt carded a 68, Sam Ryder and Australian Aaron Baddeley fired 69s and Web.com Tour graduate Im Sung-jae of South Korea posted a 71 to complete the group at 13-under.