Robert Garrigus stormed to the top of the leaderboard at the PGA Tour’s RBC Canadian Open, shooting a nine-under-par 63 to take a one-shot lead in a weather-disrupted first round. However, England’s Ian Poulter is just three behind after carding a 66 in Ontario.

The 40-year-old veteran, Garrigus, revelled in the conditions at Oakville’s Glen Abbey Golf Course to card nine birdies and nine pars in a flawless display at the Jack Nicklaus-designed layout.

Garrigus was swiftly into his groove on the front nine, reeling off five consecutive birdies from the second onwards to make the turn at five under.

Four more birdies, including one on the closing 18th, when he rolled in a 15-foot putt, capped a superb day.

The round was in stark contrast to Garrigus’s closing round 79 at the Barbasol Championship in Kentucky last weekend.

“I went from my worst round of the year to my best round, which was a surprise,” Garrigus said. “I hit a lot of good shots. It was a good day. Now I’ve got to try and get ready for the rest of the week.”

Garrigus has a history of low-scoring at Glen Abbey. Last year he carded a 10-under-par 62 in the third round. 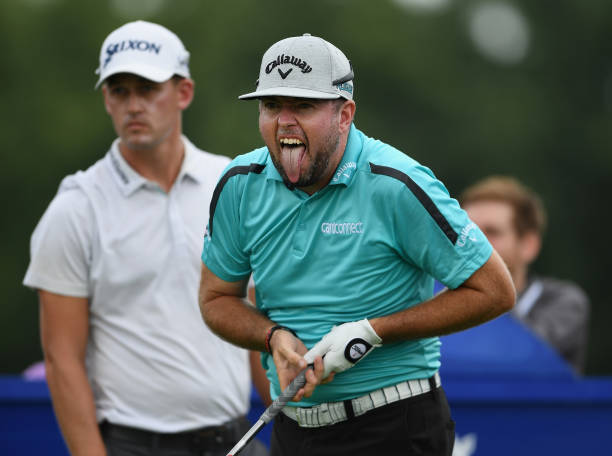 “It’s one of my favourite places, and it’s not just the golf course,” Garrigus said. “It’s the people, the town, just the whole feel of it. I love it here.”

Garrigus leads by one from Adam Schenk, who was alone in second place on eight under after a 64.

Four other players meanwhile were in the clubhouse on six under when weather suspended play shortly after 8 pm local time.

They included England’s Ian Poulter, who shot a six-under-par 66. Poulter’s form comes at the perfect time, as he looks to nail down a spot on Europe’s Ryder Cup team by piquing the interest of Thomas Bjorn and his vice-captains. 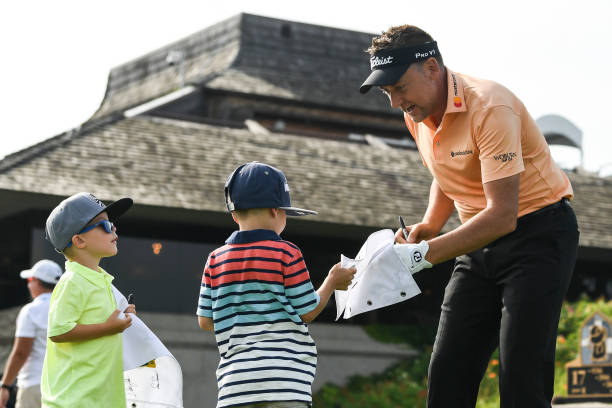 England’s Tommy Fleetwood was also on five under with two holes remaining when weather halted play. Fleetwood kickstarted his round with an eagle on the par-five second, rolling in a monster 41-foot par.

However, the good work was undone with a double-bogey five on the par-three fourth before another bogey on the ninth put him one over at the turn.

Fleetwood rallied down the stretch, going eagle-birdie-birdie-eagle to move to five under before play was stopped.

Ireland’s Seamus Power shot a 68 to put himself at four under, five shots off the lead and in a tie for twenty-second.

Graeme McDowell is also in the clubhouse with a round of 68, with many fans hoping he continues his recent upward curve following the disappointment of failing to qualify for last week’s Open at Carnoustie.