Top-ranked Dustin Johnson fired a one-under-par 69 to head a group of four players sharing the first-round on Thursday as a wind-whipped Shinnecock Hills offered a classic US Open test.

As Tiger Woods and Phil Mickelson saw their hopes of milestone major victories suffer serious setbacks, it was England’s Ian Poulter, and Americans Scott Piercy and Russell Henley who stood alongside Johnson as the only players under par after the first round.

Jason Dufner was alone in fifth with an even-par 70.

“The golf course, it was hard,” said Johnson, who holed a bunker shot for birdie at the eighth and rolled in a 20-foot birdie putt at the par-three 11th. “You had to play good golf if you wanted to shoot a good score. I felt like I did a good job today.”

Former world number one Woods couldn’t say the same after an eight-over par 78 that started with a triple bogey and featured two double bogeys — including a four-putt at the 13th. 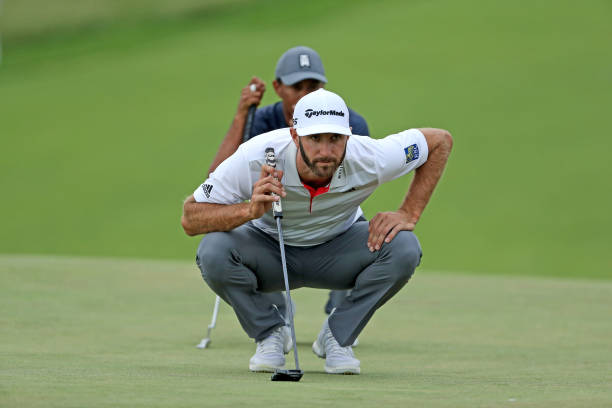 “It’s tough out there. But, I mean, shouldn’t make two doubles and a triple, four-putt,” said Woods, whose flashes of brilliance in his return this year from spinal fusion surgery fueled anticipation that he could end a 10-year major title drought stretching back to his 2008 US Open triumph.

“For most of the day, I just didn’t putt well.”

Mickelson, a six-time US Open runner-up, arrived at Shinnecock seeking a win that would make him just the sixth man to complete the career Grand Slam.

He missed just one fairway but still came away with a seven-over 77.

Mickelson’s round hit the skids early, too as he opened with a bogey at the 10th hole. He would make six bogeys before his only birdie of the day, at the par-five fifth — then bogeyed two more the rest of the way. 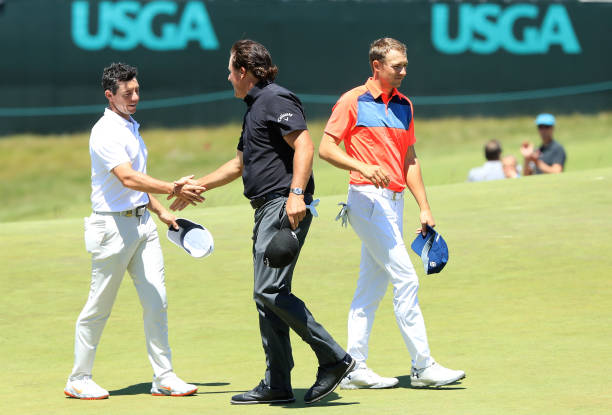 Playing in a marquee group with Northern Ireland’s Rory McIlroy and American Jordan Spieth, Mickelson was, astonishingly, the best of the bunch.

McIlroy staggered off Shinnecock with a 10-over par 80 that matched his highest score in a major and included seven bogeys and three double bogeys.

Spieth had a triple bogey at his second hole, the par-three 11th, where he was in a bunker, then over the green, and his chip rolled back to his feet. He also had five bogeys and a double bogey in firing a 78.

Like Woods, Spieth said the conditions were difficult, but not tough enough to account for his score.

“There were certainly some dicey pins, but at the same time there was guys that shot under par,” Spieth said. “So I could have played better.” 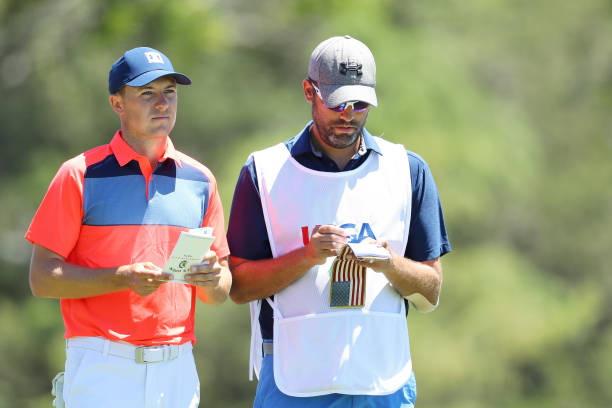 Piercy said the wind affected every aspect of the game.

“What’s tough about the wind here is that it’s crosswinds,” he said. “It’s hard to pick your lines. You’re trying to putt with the ball wiggling. So there’s a lot of stuff that is difficult.”

But Johnson said there was no comparison to the 2004 US Open at Shinnecock, when brutal weekend winds left the greens so dry that some were virtually unplayable by Sunday.

“It was hard, but it was fair,” Johnson said. “It wasn’t anything tricky or unreasonable by any means.”

Johnson was cruising with back to back birdies at four and five when his tee shot at the sixth disappeared in deep fescue grass rough.

Even playing partner Woods joined the search, which ended when pro-turned TV commentator Rich Beem stepped on the ball. 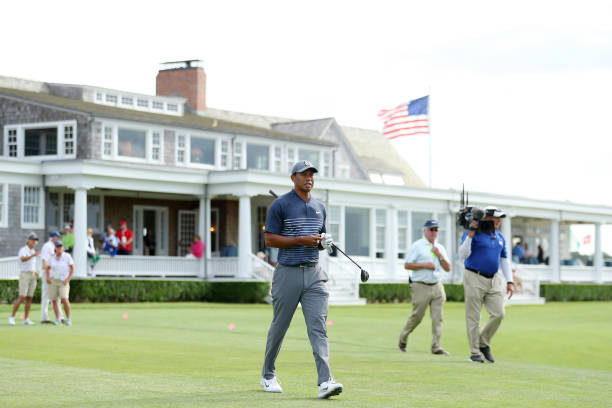 Johnson would bogey the hole, the first of three bogeys on the day.

“Anything under par on this golf course is very good,” Johnson said. “You had to focus on every single shot you hit, putts, everything.”

“I felt really in control of my game,” he said. “I felt like I was going to hit it right where I was lined up.”

Poulter, off to his best start ever in a US Open, said he played “exceptionally well”.

“I played the par threes well. I played seven well, made two, and obviously made two on 11. So to get through those two very tricky par threes in four shots is well ahead of the game.”