Tiger Woods backed Bryson DeChambeau as a US Ryder Cup captain’s choice on Sunday after watching his playing partner fire an eight-under 63 at the PGA Dell Technologies Championship.

Woods, a 14-time major champion, and DeChambeau, coming off this third career PGA title at last week’s Northern Trust event, are each expected to receive “wildcard” picks from US captain Jim Furyk on Tuesday. DeChambeau, who turns 25 on September 16, didn’t hurt his chances with a stunning Saturday effort with Woods, set for an assistant captain’s role but potentially a Cup playing partner, watching every shot.

“Bryson was fantastic to play with,” Woods said. “He’s great. This is the first time I’ve ever played with him in a tournament round. We played in practice rounds quite a bit this year and he’s fantastic.”

Woods, 42, said he wouldn’t object to partnering with him in foursomes (alternate shot) and four-ball (best-ball) formats in the US Ryder Cup showdown with Europe on September 28-30 at France’s Le Golf National.

“If he goes around and shoots 8-under par every time, that will work,” Woods said with a smile. 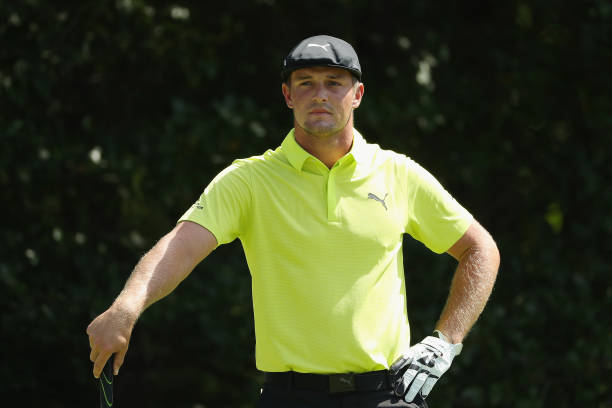 DeChambeau birdied the 16th and 17th holes then landed his 237-yard second shot at the par-5 18th just two feet from the cup for a tap-in eagle for the clubhouse lead at 12-under par.

“I was little frustrated about 15 in taking bogey as I hit a really good putt a fraction too hard, made a 360-degree lip on me. That’s golf. It’s going to happen.

“But I was able to respond well. I think that’s the important thing.”

DeChambeau made a birdie-birdie start and birdied the sixth and seventh back-to-back as well. Throughout the round, he was asking for advice from his hero.

“Tiger’s my childhood idol,” DeChambeau said. “I’ve admired him my whole entire life. And to be finally able to play with him under tournament conditions, it was different. 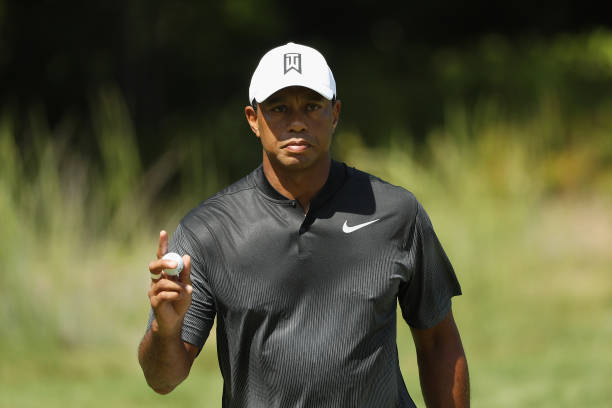 “I was a little nervous, for sure. But I was able to get out there and execute shots and worry about my game and focus on hitting the best shots possible. I was able to play really well like that.”
____