Brandt Snedeker drained a long birdie putt on the final hole to shoot a five-under 65 and go wire-to-wire in winning his second career Wyndham Championship on Sunday.

Snedeker, who shot a rare 59 in Thursday’s opening round, finished in style as he rolled in the 20-foot birdie putt to claim a three-shot victory over fellow American Webb Simpson and Taiwan’s C.T. Pan at the US PGA Tour event.

“To do it here and shoot 59 Thursday, be in the lead all week, deal with that pressure every night, and step up to the plate and shoot a 65 means the world to me,” said Snedeker, who won his first PGA Tour title at this event in 2007.

“There is a lot of stuff going on that is making me emotional.”

Snedeker, of Nashville, Tennessee, conquered the Sedgefield Country Club course with a 21-under 259 total.

Pan was tied with Snedeker with three holes to play but stumbled to a double bogey on 18 to finish with a four-under 66. Simpson fired a career-best 62 on Sunday. 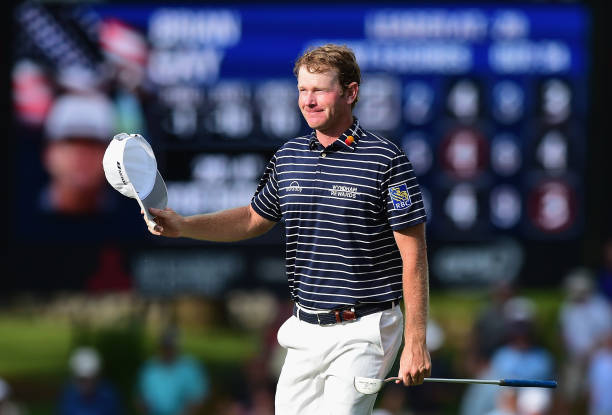 Snedeker had to complete 29 holes on Sunday to earn his ninth career win after organisers halted play on Saturday because of thunderstorms in the Greensboro, North Carolina area.

He played his 11 remaining holes in the third round in even par and took a one-shot lead into the final round.

Snedeker began the event with an 11-under 59 that made him the first tour player this year and just the 10th in history to break the magic 60 barrier.

Snedeker started his fourth round with back-to-back pars before making birdie on the par-three third hole. He added two more birdies on the fifth and eighth holes to make the turn at three-under for the round.

His only blemish came on the par-four 13th when he made bogey. 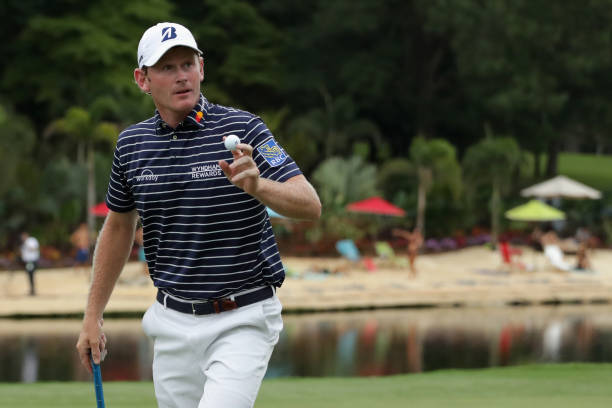 He went into the final hole needing just a bogey to win and with the pressure off, Snedeker posted his sixth and final birdie.

Pan hit an errant drive off the tee on 18 that landed in no man’s land to the right.

Pan said he regrets not taking more time before hitting his stray shot which knocked him out of contention for the victory.

“I had some noise in my head,” Pan said. “I should have back off and cleared it but I chose not to.

Pan, who use his wife, Michelle, as his club carrier this week after failing to find a Greensboro caddie, said he wants to put this behind him.

“I need to go back home, clear my head and think about it,” he said.