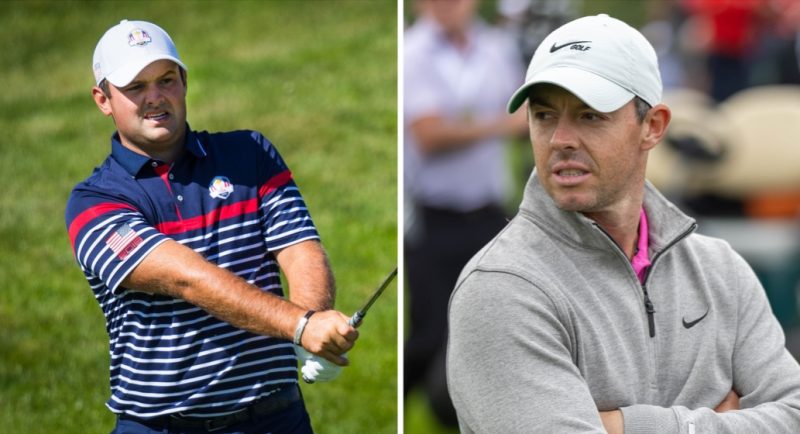 While practicing ahead of the Dubai Desert Classic on the DP World Tour, Reed is alleged to have thrown a tee at McIlroy after the Northern Irishman blanked him.

McIlroy didn’t greet Reed as he was served with a subpoena by the LIV Golf defector’s lawyer as part of a case that the American is taking against the PGA Tour.

Reed supposedly three a tee in McIlroy’s direction after being shunned, although McIlroy has explained that he didn’t notice anything of the sort while explaining his initial reaction.

Rory McIlroy on the incident with Patrick Reed.

“I didn’t see it. I was down by my bag and he came up to me, and I was busy working and sort of doing my practise, and I didn’t feel the need to acknowledge him,” McIlroy explained.

“So I didn’t see a tee coming my direction at all, but apparently, that’s what happened. And if roles were reversed and I’d have thrown that tee at him, I’d be expecting a lawsuit from him.

“I got a subpoena on Christmas Eve. You can’t pretend nothing’s happening. I think that’s the thing. We are living in reality here. He’s not.”

PGA Tour and LIV Golf players both compete on the DP World Tour.

As players from the PGA Tour and LIV Golf both compete on the DP World Tour, the incident between McIlroy and Reed may only be the first a number of frosty exchanges.

McIlroy and Reed are both teeing of at 3.40am Irish time on the first day of the Dubai Desert Classic tomorrow morning, along with Ryan Fox, Tommy Fleetwood, Gavin Green and Scott Jamieson.

Tensions between the competing tours shows no sign of cooling, as legal disputes between the two are ongoing.