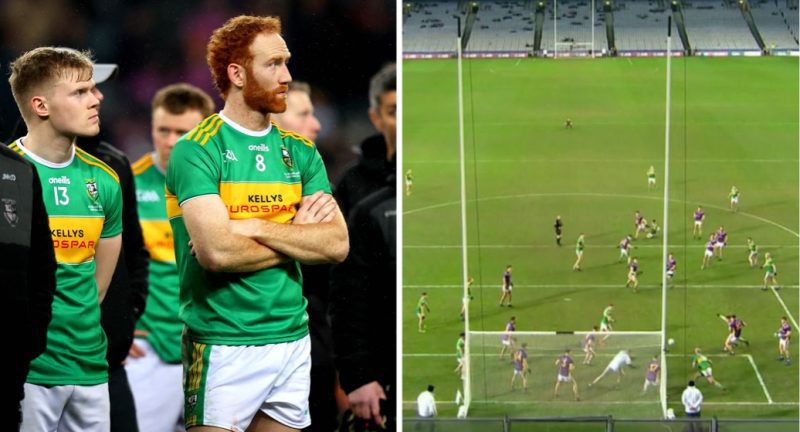 Watty Graham’s Glen will seek clarification from the GAA over extra Kilmacud players on the pitch at the end of the All-Ireland Club Football final.

Kilmacud Crokes were crowned as All-Ireland champions for the third time yesterday as they overcame Glen of Derry, having fallen at the final hurdle last year after a last-gasp defeat to Kilcoo.

It looked as though Kilmacud could suffer the same heartbreak again this year, as goalkeeper Conor Ferris just barely saved a shot from Conor Glass which would have put Glen in front in injury time.

There was some controversy at the end however, as Kilmacud were seen to have 17 men on the pitch at the time from the resultant 45, which ended up being the last play of the game.

When the 45 was taken, Paul Mannion was still making his way off the pitch after being substituted, albeit he was well away from the action near the sidelines.

Glen will take the matter to the GAA.

16 Kilmacud players were near the goal when the 45 was taken however, although this wasn’t spotted at the time as a final effort from Glen went wide and the referee blew the full time whistle from the resultant kick out.

Glen chairman Barry Slowey revealed after the game that the club would seek clarification from the GAA on whether Kilmacud had breached the rules in the final play of the game.

“We have been made aware that potentially a rule was broken, and the club will be seeking clarification from the GAA on it,” Slowey said.

Glen manager Malachy O’Rourke didn’t appear eager to make any appeal to the GAA, although he acknowledged that it was not a decision for him to make.

“We can do nothing about that but it obviously does make a difference the more men they have in there. The harder it is for us to get a score out of it and I think we did ask the fourth official to get the free retaken but it didn’t happen,” O’Rourke said.