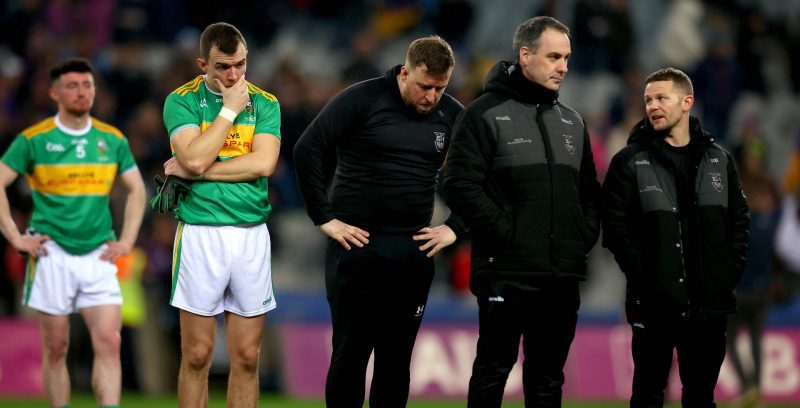 Glen have stated that the GAA’s refusal to review the All-Ireland Club Football final without an official objection is extremely disappointing.

Kilmacud Crokes were crowned as All-Ireland Club Football champions on Sunday thanks to a two-point victory over Glen, although the last play of the game was certainly not without controversy.

The Dublin club were seen to have 16 players defending their goal in the last act of play, while a 17th player was still on the pitch over near the sideline, albeit he was well away from the action.

Having more than 15 players on the pitch amounts to a breach of the rules, which could result in a fine for Kilmacud, a replay of the final or the result being overturned and the match awarded to Glen.

Glen statement on the GAA’s stance.

The GAA will not review the matter without an official objection from Watty Graham’s Glen however, a decision the Derry club are most displeased with.

“Our chairperson Barry Slowey confirmed we would seek clarification from the GAA on the breach of rules at yesterday’s AI SFC club final,” a statement Glen issued on Monday evening reads.

“The GAA have reverted to us today to say that without an official objection from Watty Graham’s they will not review this matter.

“This is extremely disappointing for our club to be placed in this position and we must now take a short period of time to ascertain our stance going forward.”

The Derry club have not yet made a decision.

While the onus is on Glen to push for a replay of the All-Ireland final, not everyone in the club appears to be of the same mind, as manager Malachy O’Rourke said he wouldn’t be eager to make an appeal shortly after the match.

“I can’t speak for the club or anything else but I don’t think that’s how the club operates,” O’Rourke said.

“We had our chances, we gave it our best shot. Look it, that shouldn’t happen. I can’t speak for the club but I just think we’ll accept we got beat on the day.”

Glen have until 3.30pm on Wednesday to make an official objection.

Glen to seek clarification over extra Kilmacud men on pitch