Roma president James Pallotta joined calls for the introduction of the video assistant referee (VAR) to the Champions League after the club crashed out to Liverpool in the semi-finals.

The 7-6 aggregate defeat ended Italian hopes in this year’s competition after Juventus fell to defending champions Real Madrid amid controversy in the quarter-finals.

Pallotta believes Roma were the victims of two errors which could have changed the game after falling just short despite a thrilling 4-2 win on Wednesday night at the Stadio Olimpico.

“I know it is difficult to ref but it is really embarrassing that we lose on aggregate like that,” said billionaire Pallotta, who runs the Raptor private investment group in the United States. 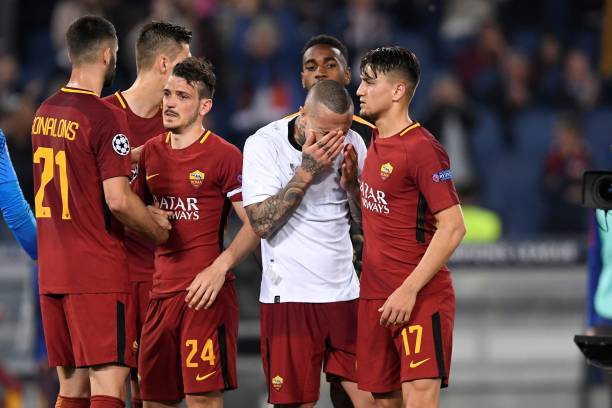 Roma’s Edin Dzeko was controversially ruled offside when he was brought down by Liverpool goalkeeper Loris Karius, with Trent Alexander-Arnold later blocking a goalbound effort with his arm.

“You can all look at it yourself. In the 49th minute he (Dzeko) wasn’t offside and he gets taken down by the goalie,” Pallotta added.

“It was a handball that was obvious to everyone probably in the world except people on the pitch. It should have been a red card which would have been 10 men in the 63rd minute.

“If they don’t get VAR in the Champions League, it is an absolute joke.”

Pallotta echoed Roma sporting director Monchi who immediately after the game demanded that VAR “must” be brought into the Champions League after “incredible” errors.

Although Roma were awarded a penalty in each game of the last-four tie, Monchi insisted his team would have reached the final if VAR had been used. 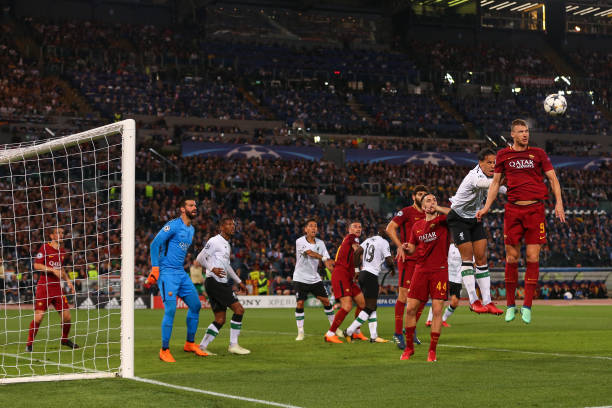 “At Anfield we conceded a goal that was offside and today there were two penalties not given to us, one of which should have led to a red card,” Monchi said.

“It would have been different with VAR. It’s time for Italian football to raise our voice on this because it’s not just Roma who are in this situation: a similar thing happened to Juve against Real Madrid.

“It’s incredible to think what happened today – it’s playing with the hearts of the fans and those of us doing our jobs.”

UEFA president Aleksander Ceferin has said that video technology will not be introduced for next season’s European competitions, although FIFA will use it for this year’s World Cup in Russia.

Italy already use VAR in Serie A and Italian Cup matches and will send three video referees to the World Cup in Russia out of a total of 13.

But Roma coach Eusebio Di Francesco refused to be draw into the argument, instead criticising his players for protesting instead of getting on with the game.

“It’s certain that VAR today would surely have given us more than it would have taken way, but Liverpool didn’t steal anything.

“I’m angry and disappointed because we had to believe more. But the guys did something extraordinary. We had almost the perfect game, the one we didn’t have in Liverpool, where in 45 minutes we ruined the work done previously.”

Jose Mourinho’s Inter Milan were the last Italian team to win the top European trophy in 2010 with Juventus runners-up twice in the past three seasons.
_____

Jamie Redknapp: Fans have to be careful what they wish for over Super League fiasco