The prolific Tottenham striker is yet to get off the mark in the league this season.

Harry Kane has gone five Premier League games without a goal for only the fifth time in his career after Tottenham’s defeat to Arsenal. 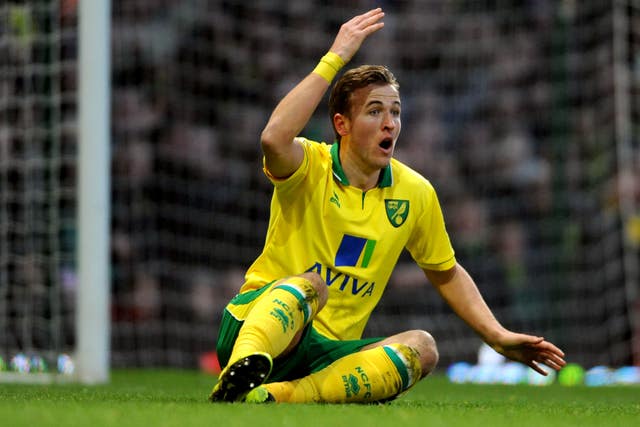 Making his current woes all the more noteworthy, Kane’s first two ‘droughts’ of at least this length came early in his career before he had established himself with Spurs – indeed, the first took in three games on loan at Norwich aged 19.

The 168 minutes he played included only one start, for the Canaries against West Ham in January 2013, and seven substitute appearances – four of them under 10 minutes, including a 90th-minute entrance in place of Emmanuel Adebayor in Spurs’ draw with Hull in February 2014. 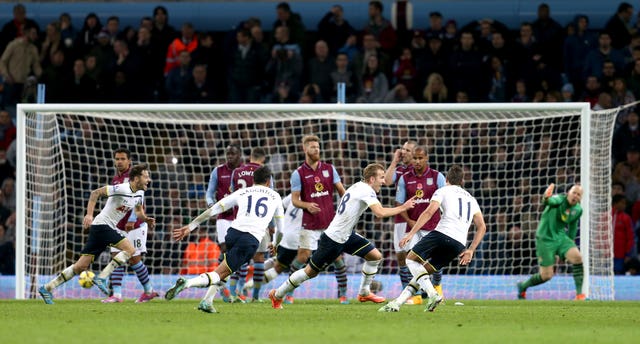 Having scored his first three Premier League goals in consecutive appearances in April 2014, Kane played the final three games of that season – two from the start – without adding to his tally.

At the start of the 2014-15 campaign, he played second fiddle to Adebayor and was scoreless in five substitute appearances totalling barely an hour before November 2’s last-minute winner at Aston Villa marked the first of his 21 league goals that season. 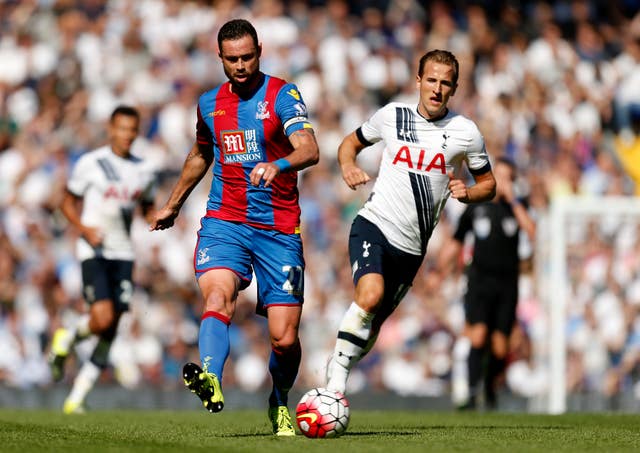 Kane’s curious record of never scoring in a league game in August continued until 2018, with his lengthiest droughts since becoming a regular starter occurring in that early-season timeframe.

At the start of the 2015-16 campaign, he was held scoreless in six successive starts against Manchester United, Stoke – the only time in that run he did not complete 90 minutes – Leicester, Everton, Sunderland and Crystal Palace before breaking his duck in a 4-1 win over Manchester City on September 26. He went on to score 25 league goals and finish as Premier League top scorer. 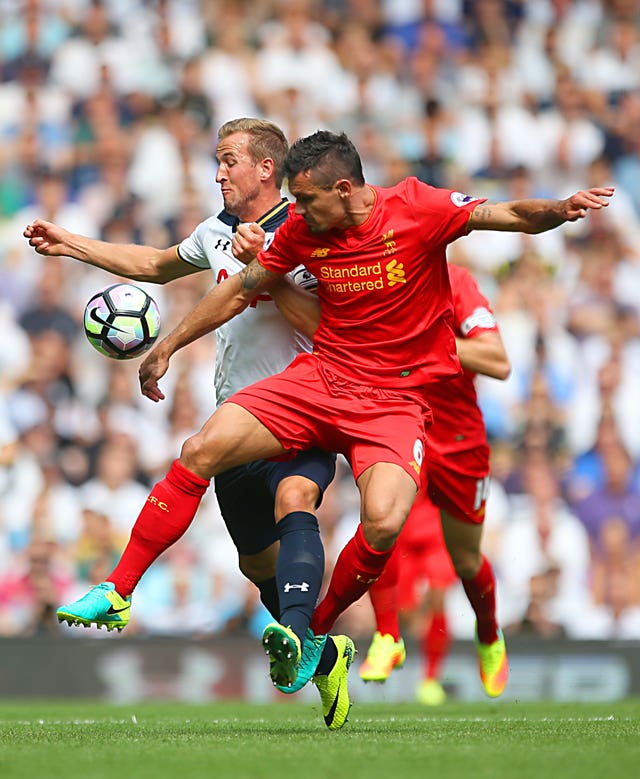 Kane retained the Golden Boot with 29 the following season but again, it took him into September to open his account as he and Spurs started slowly.

Having failed to score in defeats to Southampton and Newcastle to end the previous season in May 2016, he was also shut out by Everton, Palace and Liverpool as Spurs won only one game in that sequence and Kane played all bar the final seven minutes against Liverpool. 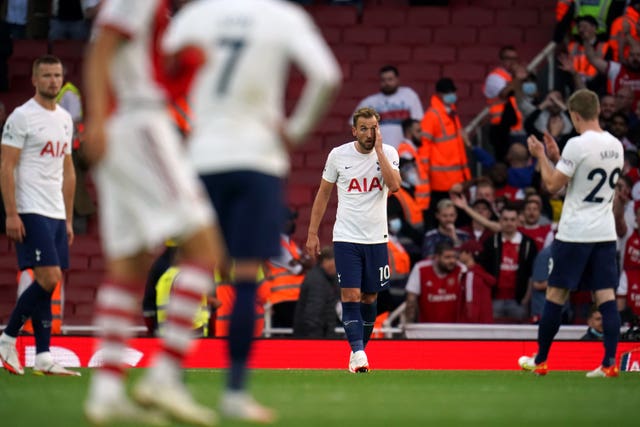 After a summer of transfer speculation linking him with Manchester City, Kane began his season as a substitute for the final 18 minutes against Wolves before returning to the starting XI against Watford, Palace, Chelsea and Arsenal without success.

He had five shots on the Gunners’ goal this weekend but only one on target and still has only nine total attempts this season – ranking joint-57th in the Premier League alongside eight other players including Liverpool defender Joel Matip.

Another scoreless start means his first league goal will now come no earlier than October and it is more than 150 Premier League games since he last went this long without scoring, though he has netted in the Carabao Cup and Europa Conference League.