The game’s Threat metric shows performances in a different light.

While four teams look set to battle it out for the Premier League title, the underlying data suggests two are in pole position in terms of performance. Threat is a metric introduced by the FPL to measure the quality of the chances a player enjoys in front of goal, with a score of around 100 usually accounting for a goal’s worth of chances.

Should a team accrue significantly more Threat than their opponents, that is an indicator that their performance level should have been enough to earn victory, with factors such as good goalkeeping and poor finishing standing in their way.

Add up a team’s Threat scored as well as their Threat conceded during the season, and we can see whether their league position tells the whole story. 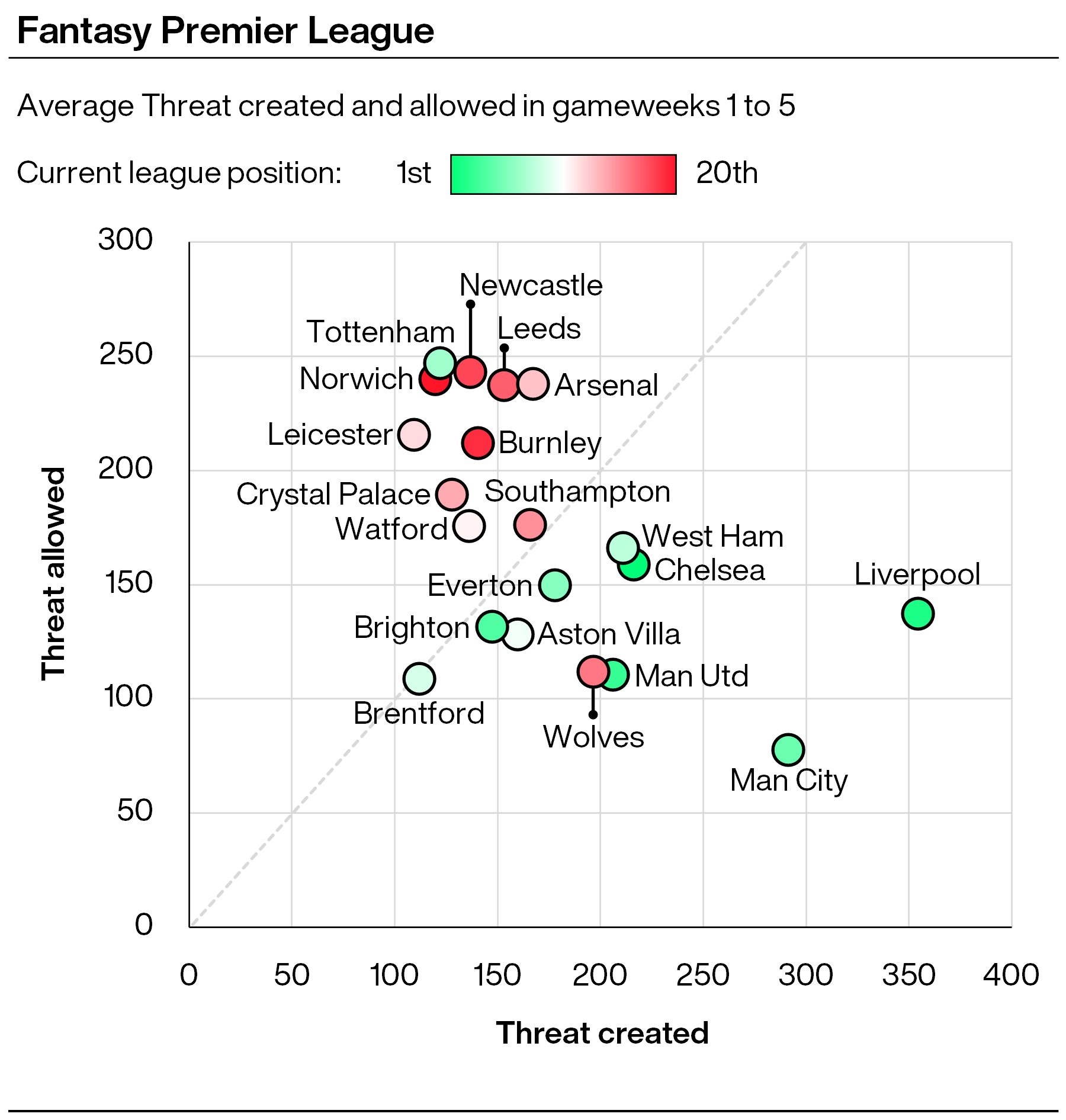 Manchester City meanwhile – with a defeat and a draw from their first five games – aren’t putting in attacking performances to match the Reds, with 291.4 Threat scored per game, but have a sensational defensive record having conceded an average of 77.6 per game.

Liverpool have faced Chelsea so far, while City have played Tottenham and Arsenal, demonstrating they have not had an easy run necessarily.

While Manchester United have yet to face any of the traditional top sides this season – averaging 206.2 Threat scored v 110.6 Threat conceded – Chelsea have encountered Arsenal, Liverpool and Tottenham.

The Blues’ more modest averages of 216.2 Threat scored per game v 158.8 Threat conceded are considerably lower than Liverpool and City, but must be taken with a pinch of salt, especially with a run of favourable fixtures on the horizon.

If you’d have offered Brentford eight points from their first five games, they would probably have taken them – but their performances are arguably just as encouraging.

The Bees only average 112 Threat scored per match, but have the second-best defensive record according to Threat allowed, conceding an average of just 108.6 per game.

That is bettered only by Premier League champions Manchester City, while Brentford have also outscored each of their last four rivals for Threat too.

Goalkeeper David Raya (25 points) and defender Pontus Jansson (29 points) are both excellent value at £4.6m then, while striker Ivan Toney reminded managers he has goals in his locker with one against Wolves.

The Bees face Liverpool, West Ham and Chelsea next, but three favourable fixtures follow for anyone looking to invest in the hive.

Tottenham’s three consecutive wins at the start of the season had many touting their credentials as title contenders, but two 3-0 defeats have brought them crashing back down to earth.

Anyone looking at Spurs’ Threat totals during those 1-0 victories might have told you they were riding their luck, only outscoring Watford according to the metric in gameweeks one to three. 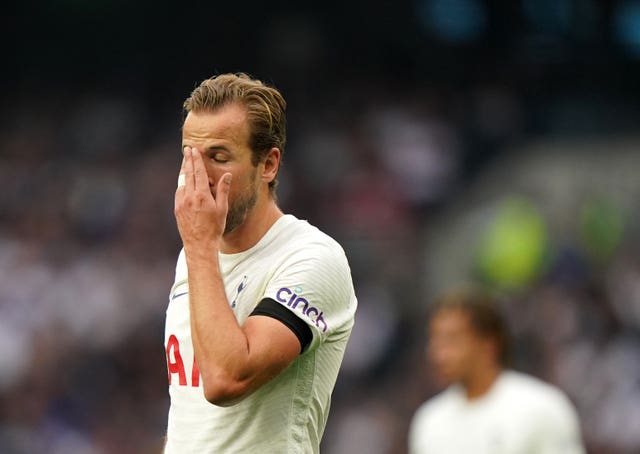 Nuno Espirito Santo’s team average 122.2 Threat scored per game so far, with an average of 246.8 Threat conceded – they scored just 15 Threat against Crystal Palace, and 72 against Chelsea.

Tottenham’s upcoming fixtures are far from daunting, but backing Harry Kane et al at this stage would appear a risky move.