Things could be much worse for Celtic given Rangers drew at home to Motherwell and are only four points ahead of their city rivals.

Celtic are in the midst of their worst start to a league season this century following their third defeat in six matches. A 1-0 loss at Livingston on Sunday leaves Ange Postecoglou’s side sixth in the table with the new manager yet to register a point on the road.

But things could be much worse for Celtic given Rangers drew at home to Motherwell and are only four points ahead of their city rivals. Here, we take a look back at five similar poor starts Celtic have had in the league and what happened for the remainder of the campaign.

Ronny Deila also had an inauspicious start to his Celtic reign, although he had collected 11 points from his first six league games. Eight matches in, Celtic were sixth in the table, nine points behind shock leaders Hamilton.

Defeats by Accies and Inverness, plus draws with Motherwell and Dundee, left Deila facing questions. The Norwegian came good, in domestic football anyway, leading Celtic to the title by 17 points and a League Cup triumph.

Josef Venglos endured a difficult start to his Celtic career with a return of two wins and three draws giving them nine points from their first six matches. The league table did not look particularly bad with Rangers only two points ahead but the run – which saw them lose to Aberdeen and draw with Dundee, Kilmarnock and Rangers – was exacerbated by poor cup form.

By the end of October, they had crashed out of the Champions League and UEFA Cup having already suffered a League Cup defeat by Airdrie. Their league form also got worse before it got better. Two defeats by St Johnstone and one against Kilmarnock left them 10 points adrift by mid-November. Venglos kick-started his reign by beating Rangers 5-1 but they ultimately finished six points adrift. 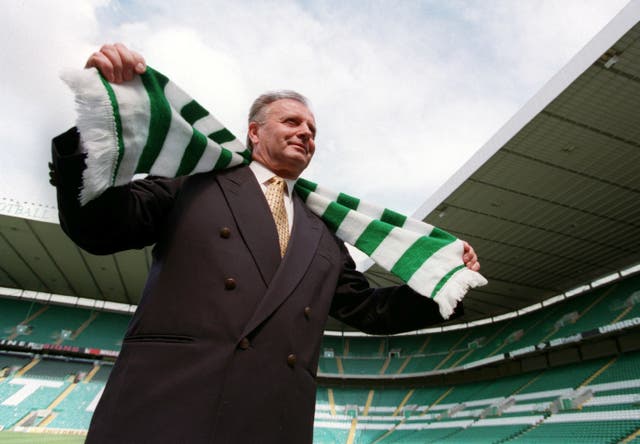 Celtic won only two of their first six matches to pile pressure on Liam Brady, who had failed to win a trophy in his first two seasons in charge. They only lost one of their first six games, against Aberdeen, to leave them with the equivalent points tally of Postecoglou’s side.

But the run deteriorated. Draws with Dundee United and Kilmarnock and defeats by Hearts and St Johnstone – following a League Cup loss against Rangers – left Celtic in ninth place after 10 matches. Brady resigned before Lou Macari took over but they missed out on Europe after finishing fourth behind Rangers, Aberdeen and Motherwell.

Billy McNeill’s Celtic had seven points after their first six matches with two wins and three draws giving them the equivalent of their current nine-point total. They actually made a decent start with wins over Hearts and Dunfermline followed by a 1-1 draw with Rangers but then lost to St Mirren and drew with both Dundee United and Motherwell, as well as crashing out of the League Cup against Aberdeen.

The table did not look so bad after six matches – Celtic were fourth but only two points behind leaders Aberdeen, and Rangers were sitting third bottom. But while Rangers improved to go on and clinch the title, Celtic finished fifth, level on 34 points with Motherwell, and missed out on a European place.

The #CelticFC legend was appointed Hoops manager for the second time #OnThisDay in 1987. pic.twitter.com/yiSZFGDudE

The last time Celtic had a worse return from their first six league matches was during one of the most successful years in the club’s history. Fresh from winning the double in their centenary season, Celtic suffered a major hangover, taking four points from their opening six games following defeats by Dundee United, Aberdeen and Dundee and a 5-1 Old Firm thrashing at Ibrox.

Defeat at Dens Park in their sixth match left them in eighth place, seven points adrift of leaders Rangers under the old two-points-for-a-win system. McNeill’s side ultimately made something of their campaign – Joe Miller’s Scottish Cup final winner stopped Rangers claiming the double after Celtic finished third in the table.

One for @RangersFC fans – what is your all time favourite derby goal? How about this Ray Wilkins volley from 1988? pic.twitter.com/6NtebuWoSA