The World Cup kicks off (at last) on Thursday, with hosts Russia taking on Saudi Arabia in the opener. We preview Group A of what is sure to be a great tournament.
_____

Igor Akinfeev. The experienced goalkeeper will captain the Russians in their first-ever hosting of the FIFA World Cup and the home fans will be relying on his leadership and distribution to navigate a tricky group.

CSKA midfielder Aleksandr Golovin is an exciting prospect and at just 22 years of age he could catch the eye of a few elite European clubs at this World Cup.

However, it could be the Krasnodar striker Fyodor Smolov who holds the greatest attacking threat having scored 12 goals in his 31 caps to date.

Stanislav Cherchesov. He played in goal for Russia in the ’90s, has a decent moustache and has managed eight different club sides in Russia and Poland but has never lasted more than two seasons with any of them. So….yeah.

Since the very first tournament back in 1930, only one host nation has failed to progress beyond the group stages. That dubious honour goes to South Africa who crashed out of their own tournament in 2010 (although they at least had the consolation of also ending France’s participation before they went).

This Russia side could be joining the South Africans in the World Cup Hall of Shame though, as there is a serious lack of quality in Stanislav Cherchesov’s side.

They were a shambles at Euro 2016, earning only one point (against England) before losing to Slovakia and Wales. They have one of the oldest average aged squads in the tournament too – although that is largely the fault of veteran centre-back Sergei Ignashevich whose professional career predates the fall of the Berlin Wall, the first Die Hard and the debut of The Simpsons.

Russia will be energised by the passion of their home supporters, but that may not be enough to see them through a tricky group. Uruguay and Egypt could prove too strong for the hosts, leading to an early exit from their own competition and millions of disaffected Russian fans, which would be terrible for the tournament – and for the safety of travelling English fans.

Mohammed Al-Sahlawi has an eye-catching goal record for his club, Al Nassr, and country. He was central to bringing Saudi Arabia to this World Cup, scoring a ridiculous 16 goals in qualification.

Salem Al-Dawsari. A 27-year-old winger who is highly regarded within Saudi football and who spent a season on loan with Spanish side Villarreal recently. Tidy feet and not afraid to take on his man.

Juan Antonio Pizzi. You might remember him from his brief stint with Barcelona in the 90s, playing alongside the likes of Ronaldo and Luis Enrique. He has managed Chile, guiding them to a Copa America title and second place in the Confederations Cup.

Saudi Arabia are one of the more difficult sides at this year’s World Cup to evaluate.

Historically, Saudi footballers have remained in their home country and rarely venture to Europe. And although there are signs of this changing (nine Saudi players moved to Spain on loan deals last season) the majority of the Saudi squad will be unfamiliar to western audiences. 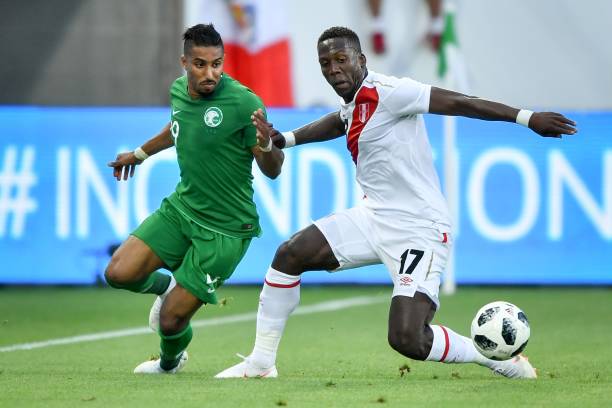 It is then no mean feat that they have managed to qualify for four World Cups in their time, with their best showing at USA ’94 as they reached the round of 16.

You can expect the Saudi team to be disciplined and brave throughout but they are one of the weakest sides at the tournament and it is likely that they will finish bottom of the group here against superior opponents.

Also Mo Salah. But aside from the Liverpool magician, it is Arsenal midfielder Mohamed Elneny who will need to produce the goods if Egypt are to make the knockouts. Elneny is a tidy footballer but he will need to do the dirty work in Russia to protect a potentially vulnerable defence.

The Argentinean journeyman has had a lot of jobs since you last saw him in the Inter Milan dugout in a tour of the world that has taken in Turkey, Italy, Georgia, Greece, Spain and the United Arab Emirates.

He got Egypt to the final of the Africa Nations Cup only to be beaten by Cameroon. It was the sixth cup final defeat of his managerial career which includes two Champions League final losses with Valencia.

Mo Salah wasn’t even born the last time Egypt got to a World Cup. It was Italia ’90 and Egypt finished bottom of the group, edged out by a red-hot Republic of Ireland team that would simply not stop drawing games.

Luckily for the Pharaohs (their nickname really is the Pharaohs) they won’t be facing such obstinate opponents as the Irish this time around. Uruguay are likely to prove too strong for Egypt but Salah and co will fancy their chances against Saudi Arabia and Russia.

In qualifying for the World Cup, Cuper’s side did just enough, often winning their games by the slimmest of margins. If they show that grit at the finals they might just be able to claw their way into the knockout stages, which would be some consolation for Mo after the nightmare of the Champions League final.

Edinson Cavani is a tremendous footballer with a promising career awaiting him as a Herbal Essences model once his playing days have ended.

But it is his slightly less model-like striking partner, Luis Suarez, who the country will really pin their hopes on. With his devastating dribbling, ruthless finishing and win-at-all-costs approach to the game, Suarez can ensure Uruguay top Group A. He’ll certainly be hungry enough for it (because he bites people, get it?)

At just 19 years of age, Federico Valverde is an exciting prospect for the Uruguayan national team. A product of the Real Madrid youth system, Valverde has spent the last season on loan with Deportivo la Coruna, making 25 appearances.

He can play in the 10 role or as a box to box midfielder.

Óscar Tabárez. A legend of Uruguayan footballer who is affectionately referred to as El Maestro (The Teacher).

Tabárez has guided Uruguay to 4 World Cup finals, with his best result coming in 2010 as Uruguay finished fourth.

With quality players like Godin, Suarez, Cavani and Rodriguez, Uruguay are hot favourites to top Group A, and rightly so.

Should they top the group they will most likely draw either Portugal or Spain in the Second Round and perhaps go on a bit of a run.

Group A gets underway on Thursday, when Russia host Saudi Arabia in the tournament’s opener.