Attack-minded Japan have defied sceptics who said they would flop at the World Cup and instead go into their final group game on Thursday needing just a draw to reach the last 16.

Japan sacked their coach just two months before the World Cup, throwing their preparations for Russia into chaos.

Following a series of poor friendly results and reported clashes with senior players, the Japan Football Association (JFA) gambled in getting rid of Vahid Halilhodzic and replaced him with JFA technical director Akira Nishino.

The move in April was deeply controversial, coming so close to the World Cup, even if not quite on the scale of the risk taken by Spain, who dumped their coach on the eve of the tournament.

Philippe Troussier, a former coach of the Asian side, told AFP before the tournament that a team bereft of confidence had “no chance” of reaching the knockout stages. 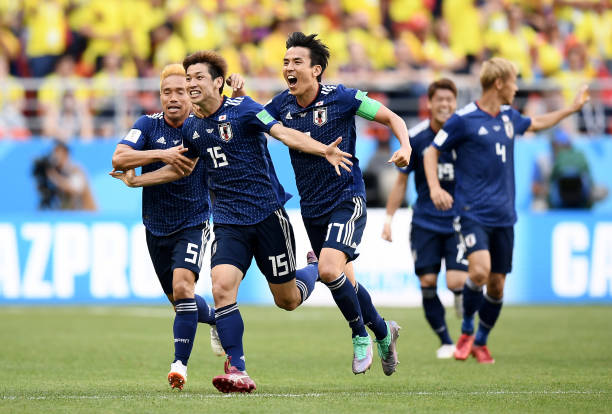 Japan may still fail to get out of Group H, but they have surpassed expectations and play already eliminated Poland with their fate in their own hands.

It has been a roller-coaster few weeks for Japanese fans.

Friendly defeats to Ghana and Switzerland following Nishino’s appointment deepened the sense of foreboding, although Japan did beat Paraguay just before the World Cup.

From there they became history-makers when they beat 10-man Colombia 2-1 in their opening game, the first Asian side to defeat a South American team at a World Cup.

They followed that up with a 2-2 draw against Sadio Mane’s Senegal on Sunday, a game in which Japan had enough chances to win but ended up twice chasing the match because of poor defending.

Even Senegal coach Aliou Cisse admitted the Asians were the better side.

In the Colombia victory in particular Japan were rewarded for Nishino’s adventurous approach. 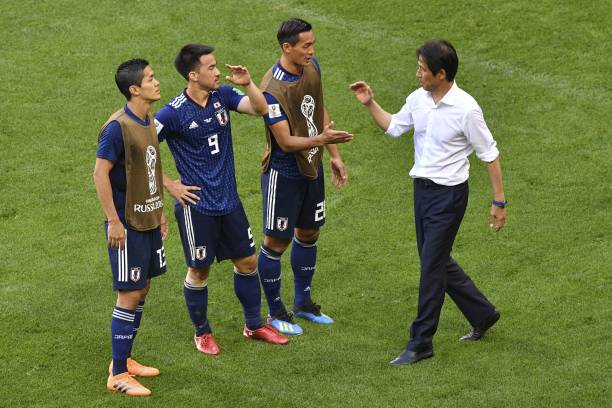 On the eve of the Senegal showdown, in which Japan were again the underdogs, Nishino revealed that at half time against Colombia some of his players wanted to settle for 1-1.

“But I said that we could win and we will win so we went for victory and that is why I gave them attacking tactics and that is why we are top of the group,” said Nishino.

Behind the rather dour demeanour, Nishino has shown himself to have a dry wit.

Asked before the Senegal match how he would counter their strength and height advantage, he replied tongue-in-cheek: “For the past several days I have been telling my players to gain five centimetres and five kilos, but it failed, so we need other measures.”

Unfortunate to be 2-1 down on 71 minutes, Nishino made what turned out to be a masterstroke against Senegal.

He immediately hauled off the ineffectual Borussia Dortmund attacking midfielder Shinji Kagawa and replaced him with 32-year-old Keisuke Honda in a like-for-like change. 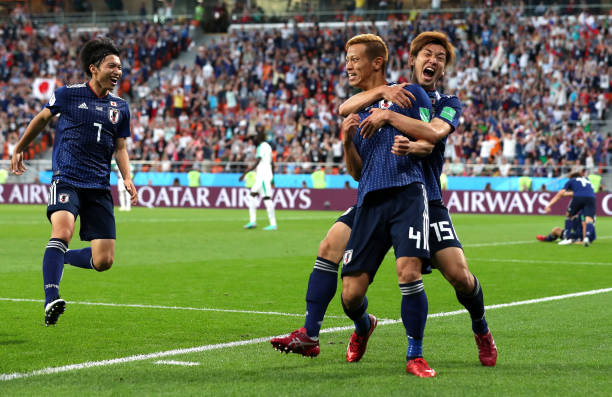 Knowing that victory would effectively seal a spot in the next round, Nishino threw on attacking midfielder Takashi Usami in the dying minutes.

Japan looked more likely to win, though Nishino said he was content with a point.

“I suggested some improvements and I thought we could go for the win and I told them that (at half time),” said Nishino, a former Gamba Osaka coach criticised in the past for his buccaneering approach.

“In the second half we wanted to win and after twice equalising I put on Usami. There was an option to put on a defender, but I chose to attack.”