Liverpool are confident that they will sign Swiss international Xherdan Shaqiri this summer, according to a report in The Guardian.

The diminutive winger enjoyed a mixed World Cup; one that was peppered with moments of footballing brilliance and political controversy as Switzerland reached the last sixteen of the tournament, eventually losing out to Sweden.

Andy Hunter in The Guardian reports that Jurgen Klopp is interested in bringing the Stoke City star to Anfield to further add to his attacking options, as Liverpool look to build on last season’s fourth-placed finish and Champions League loss.

Despite finishing in the lucrative Champions League spots, the Reds were quite some distance from threatening eventual Premier League champions, Manchester City, who finished with 25 more points than Jurgen Klopp’s side.

Shaqiri’s contract has a £13 million release clause and it is believed that Liverpool have already begun negotiations with Stoke City as they look to get the deal done as soon as possible. 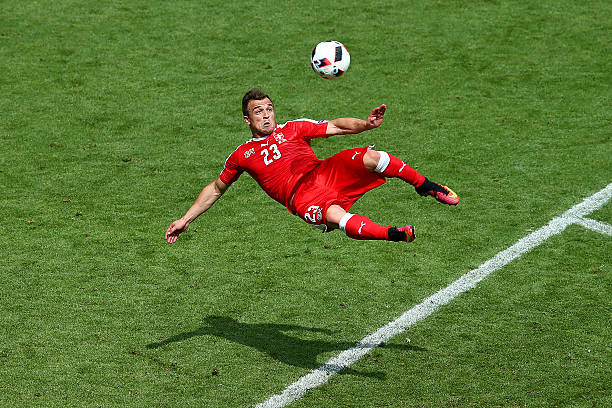 Stoke’s relegation from the Premier League means Shaqiri’s exit is a certainty and he is expected to line up with Liverpool’s other new recruits, Naby Keita and Fabinho in the next two weeks.