The first bigwig convicted in the United States in the FIFA corruption scandal that disgraced world football awaited sentencing on Wednesday.

US prosecutors are seeking ten years in prison and a $6.6 million fine for Jose Maria Marin, 86, the former president of the Brazilian football federation.

Marin was convicted of accepting bribes from sports marketing companies in exchange for contracts to broadcast major tournaments like the Copa America and the Copa Libertadores.

Citing his age and frail health, prosecutors are asking that he be sentenced to 13 months in prison.

US District Court Judge Pamela Chen was expected to announce her decision at 1430 GMT.

Marin was one of the FIFA executives arrested in May 2015 at a luxury hotel in Zurich in a raid requested by the United States. 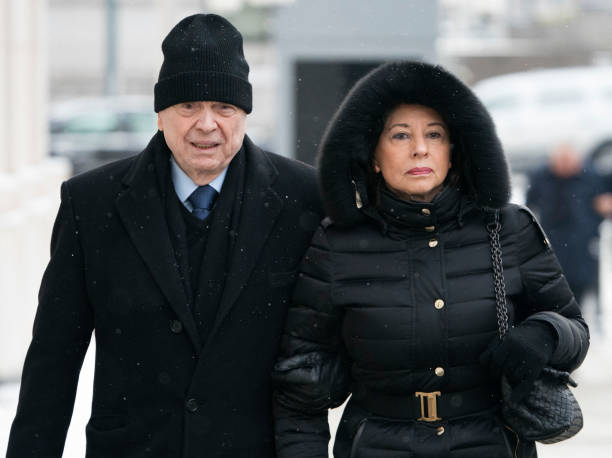 The US probe revealed the corrupt, ugly underbelly of world football and the lavish lifestyle of FIFA executives who travelled around in private planes and were treated like royalty as they arrived for conferences in places like the Bahamas or Mauritius.

The scandal rocked football around the world.

US prosecutors ultimately indicted 42 people and sports companies, accusing them of multiple crimes and of accepting more than $200 million in bribes.

Of the 42, three have since died. Of the rest, 22 pleaded guilty and two have already been sentenced by judge Chen.

Another 14 remain in their own countries, where they have been either tried by local courts, are fighting extradition or are still free.

Marin spent five months in a prison in Switzerland before being extradited to the US.

He posted bail of $15 million and spent two years under house arrest. He stayed in Trump Tower on 5th Avenue in New York. He ventured out only a few times a week, to go to mass.

Marin was imprisoned immediately after his conviction on December 22 on six counts of racketeering, money laundering and bank fraud.

During the trial, defense attorneys depicted Marin as an innocent, unsuspecting elderly man that Brazil’s football federation tapped out of the blue to fill the vacancy left by the sudden resignation of the powerful Ricardo Texeira.

These lawyers said Marin did nothing without the guidance of his right hand man, Marco Polo del Nero, with whom, according to prosecutors, he shared bribe payments.