Explained: The Kosovo Celebration That Could See Xhaka & Shaqiri Banned

The traditional move after scoring an iconic World Cup goal is to celebrate the country you’re playing for.

But the pro-Kosovo “double eagle” gesture flashed by Swiss goal-scorers Granit Xhaka and Xherdan Shaqiri shows that honouring another nation after the ball crosses the line can ruffle some feathers.

The celebrations during Switzerland’s 2-1 victory over Serbia on Friday have triggered a disciplinary investigation by FIFA and outrage from nationalist politicians at home.

Both players trace their roots to Kosovo, a former province of Serbia where thousands were killed and tens of thousands more chased from their homes during a 1998-1999 conflict between Serbian forces and ethnic Albanian guerillas.

The double eagle symbol represents the Albanian flag and is viewed a symbol of defiance in Kosovo, which declared independence in 2008 in a move that Serbia still refuses to recognise.

“The two goals were scored for Kosovo, not Switzerland,” she said. “At the World Cup we support Switzerland and we play for Switzerland.” 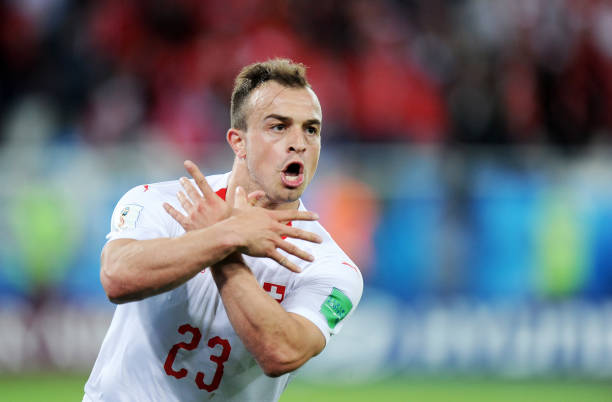 Shaqiri, 26, was born in Kosovo, which has an ethnic Albanian majority. His family moved to Switzerland when he was one.

Xhaka, 25, was born in Switzerland to a Kosovar family, and his older brother Taulant plays internationally for Albania.

Other voices on Switzerland’s political right flirted with what could be termed outright xenophobia, questioning the so-called “Swiss-ness” of the players who have brought the national team to the brink of qualifying for the World Cup’s knock-out stage.

Even before kick-off, SVP member and political commentator Roger Koeppel branded the team “a seasoned troupe of foreign mercenaries with Balkan accents”. 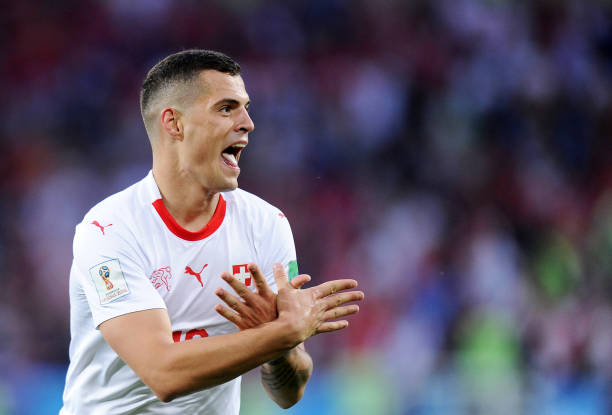 Socialist lawmaker Geraldine Savary described the rhetoric on the right as “a shame,” given the “happiness” both players had brought to Swiss fans.

FIFA, which bans all political messages or symbols in stadiums, is expected to announce later on Monday whether Xhaka and Shaqiri will be sanctioned.

Both players defended the celebrations as spontaneous and personal outpourings at moments of high-emotion, which may seem plausible given their opponent in Friday’s match.

“It’s a special day for me,” said Xhaka. “It’s a victory for my family, for Switzerland, for Albania and for Kosovo. My celebration was for the people who have always supported me.”

Shaqiri was more terse: “I do not play politics, I play football,” he said. 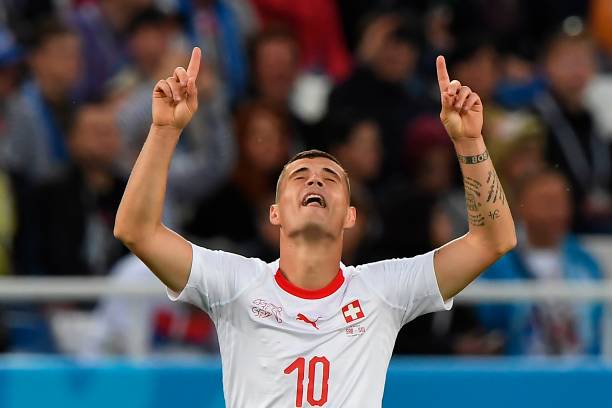 “One can feel patriotic emotions towards the nation that one has chosen, without forgetting his homeland of origin,” said Cassis, who only became Swiss at age 15 and gave up his Italian citizenship before joining the federal cabinet.

Socialist lawmaker Mathias Reynard agreed that “the two players also have roots, and it is quite normal that, in times of strong emotion, they want to pay tribute to them.”

The spontaneity argument may be undermined by Shaqiri’s boots, one of which was adorned with the double eagle symbol long before his second-half goal put Switzerland ahead.

If FIFA finds that its rules were breached, the pair could be banned for two matches, including their final group stage fixture against Costa Rica on Wednesday.