France will unleash the attacking talents of Kylian Mbappe and Antoine Griezmann against Eden Hazard’s gifted Belgium side in Saint Petersburg on Tuesday with a place in the World Cup final at stake.

The semi-final matchup of the European neighbours promises to be full of intrigue as France aim to return to the final for the first time since a Zinedine Zidane-led team did so in Germany in 2006.

Belgium will be seeking to break new ground by reaching the final for the first time in their history — indeed they have only reached the semi-finals once before, in 1986.

The winner will face either Croatia or England, who play on Wednesday, in Moscow’s Luzhniki Stadium on Sunday.

With Eden Hazard pulling the strings and Romelu Lukaku providing the firepower, Belgium have what it takes to beat France.

But their secret weapon could be on the sidelines in the shape of one of France’s greatest players of all time, Thierry Henry, who is now head coach Roberto Martinez’s assistant. 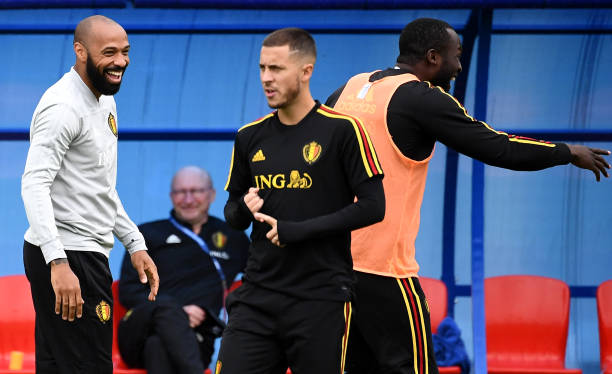 Former Arsenal and Barcelona forward Henry was part of the French squad that won the World Cup on home soil 20 years ago and played 123 times for his country, scoring 51 times.

Now it is his job to halt the run of his home nation.

“He is first and foremost French. But tomorrow, on a professional level, he will be putting all the passion that drives him into the Belgian team.”

“Perhaps he will sing the Marseillaise (before the game), which I find normal,” De Bruyne said.

“It might be a bit difficult for him but he’s working for Belgium now, he wants us to win.”

Belgium’s confidence will be high after knocked out Neymar’s Brazil in the quarter-finals and they are the only team to have won all their matches in Russia, top-scoring with 14 goals.