With the Premier League returning with Manchester United’s clash with Leicester City on Friday night, many eyes will be focused upon the race for the title and Champions League football, with the big six all vying it out to either replicate or improve upon last season’s showings.

However, many teams face a battle of similar importance – yet at the opposite end of the table. For last seasons’ strugglers, overachievers and the newly-promoted teams, a good start is imperative to a fruitful campaign in the top-flight.

For me, here are the three teams most likely to be relegated come the end of the season:

For Neil Warnock’s Cardiff City, the quality of Premier League opposition should prove a hurdle too high to overcome. The Bluebird’s style of football should be easily found out at top level, their long-ball tactics and defensive emphasis likely to be broken down by clubs who possess game-changing talent.

Cardiff are a side lacking in both leadership and Premier League experience, and unless their players play absolutely out of their skin, it is unlikely that they will reach the 40-point mark.

An alarming thing for Warnock could also be the lack of depth within his squad, meaning injury to any key players could instantly spell disaster. They face Arsenal, Chelsea and Manchester City in three consecutive games in September and could well find themselves rooted to the bottom of the table by then.

It is also worth noting that while Neil Warnock has guided clubs to Premier League promotion on two occasions, both times he was sacked the following season. For me, it looks like Cardiff are punching above their weight at Premier League level and should be swiftly sent back down to earth.

Huddersfield largely have their excellent start to last campaign to thank for retaining their status as a Premier League club – and they will need a similar beginning to the forthcoming campaign. The Terriers face some tough fixtures in the opening six games, with clashes against Chelsea, Manchester City, Everton and Crystal Palace. This means that picking up points against Cardiff will be crucial to their early momentum. 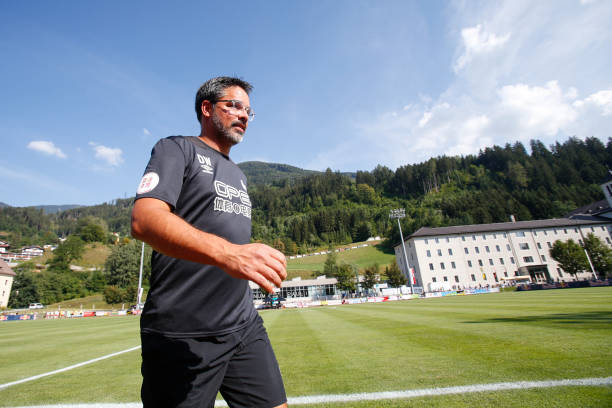 A major problem for David Wagner’s side in 2017/18 proved to be scoring goals – and they have done less than convincing business in the transfer market to address that problem, while also letting go Tom Ince. They hung on by the skin of their teeth last campaign, but it is unlikely they will have enough to stay up this time around, given a lack of quality and depth in comparison to their rivals.

Defensively, the Terriers will need major improvements on last campaign also, shipping 58 goals in 2017/18. While their main problems are at the top of the field, they also cannot be so reliant on goalkeeper Jonas Lossl – who was their standout performer last time around.

Huddersfield need a good start to be in with a chance, and given the fixture list, the odds are heavily stacked against them with reason.

Watford have traditionally been a club who start the season well, secure safety quite early on – then slide into mediocrity and anonymity for the rest of the campaign, eventually winding up 14th or 15th. Since Javi Gracia took over at Vicarage Road, the Hornets have only managed four victories.

Luckily for them, Watford have been handed a somewhat favourable start to the campaign – with opportunities to pick up points against the likes of Brighton, Burnley, Crystal Palace and Fulham. They need to gather a victory or two early on, as they also face Manchester United and Tottenham in the opening weeks. Transfer business has been far from inspiring at Vicarage Road this summer, with the permanent signing of Gerard Deulofeu being the only one of real note – while star man Richarlison has departed for Everton for £50m.

The money gained from the sale of the Brazilian has not been re-invested into the squad, and with a manager struggling to pick up results, an aging squad and the club in somewhat of a slump in the post Marco Silva era, I expect Watford’s stay as a Premier League club to come to an end this season unless they start the season well enough to afford themselves a couple of losses in the latter stages.

The key for Watford will be beating the teams around them, but at present – it seems their squad lack the quality to be able to do so.