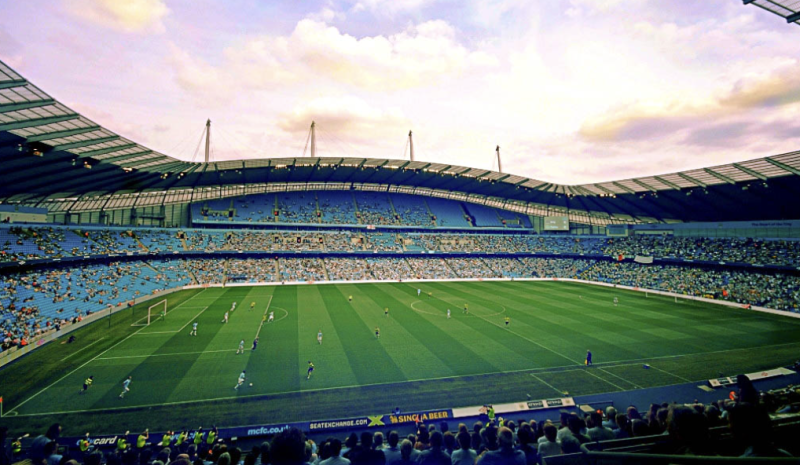 Treble-winning Manchester United striker Teddy Sheringham has stated his preference for Man City to win the Premier League over Arsenal.

Man United supporters don’t have the best of relationships with either club, but the local nature of their rivalry with City means that plenty of Red Devils will be reluctantly urging the Gunners on over the next few months.

Not so for Sheringham, whose enmity with Arsenal stretches back to the Londoner’s days lining out for their arch-rivals Tottenham Hotspur.

Mikel Arteta’s men are currently five points clear of City, with a game in hand, and Sheringham feels that Pep Guardiola’s side aren’t out of the race yet.

“It’s theirs [Arsenal’s] to throw away now,” said the former England striker on talkSPORT. “Five points and an extra game in hand, the equivalent of eight points in front, but there are teams firing behind.

“You don’t really want Manchester City chasing you. Pep will make sure that his team get back on track and will hunt you down and I certainly hope they do.”

After Sheringham moved to Man United in 1997, he was regularly booed by Arsenal fans due to his connections with Spurs.

“Pep will make sure his team hunt them down, and I certainly hope they do!” 👀

Teddy Sheringham hopes #MCFC can catch #AFC before the end of the season. pic.twitter.com/RfIeoUi2Xb

When his first season at Old Trafford ended with United finishing empty-handed and Arsenal celebrating a league and cup double, Sheringham was greeted with chants of “oh Teddy, Teddy, he came to Man United and he won f*** all,” over the next year.

However, Red Devils supporters were soon able to flip that to “he came to Man United and he won the lot,” after Sheringham played a key role in the club’s historic Treble of Premier League, FA Cup and Champions League in 1999.

The now-56-year-old scored in both the FA Cup Final and Champions League Final that season, and finished his four-year spell at Man United with three Premier League titles and the 2000/2001 PFA Player’s Player of the Year award.