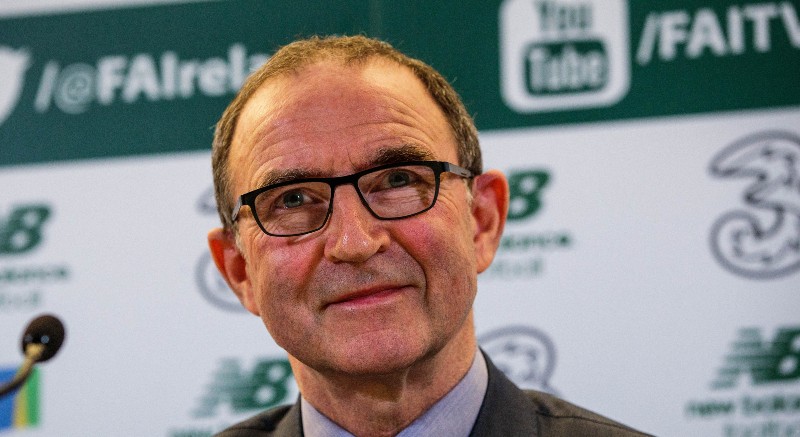 Ex-Ireland manager Martin O’Neill has shared his delight at his son-in-law James Friend being nominated for an Oscar.

Friend is nominated in the category of Best Cinematography for his work on Netflix epic All Quiet on the Western Front, and O’Neill took to Twitter to share his pride after the announcement on Tuesday.

“What a wonderful day!,” posted the Derry native. “Huge congratulations to my son-in-law James Friend for his cinematography Oscar nomination for his superb work on All Quiet On The Western Front. Brilliant film and brilliant filmmaking team, well done everyone involved.”

Friend’s previous work includes 2019 BBC mini-series The War of the Worlds, as well as Your Honor, a 2020 Showtime drama series starring Bryan Cranston.

What a wonderful day!!! Huge congratulations to my son-in-law James Friend for his cinematography #Oscar nomination for his superb work on #AllQuietOnTheWesternFront #Netflix. Brilliant film and brilliant filmmaking team, well done everyone involved.

The 95th Academy Awards ceremony will take place in Los Angeles on Sunday March 12th, when there will be plenty of interest on this side of the Atlantic.

As well as that, Irish-language drama An Cailín Ciúin was nominated for Best International Feature Film.

Congratulations to former Kildare minor #PaulMescal on his @TheAcademy #OscarNomination! 🎬

Great day for the parish! pic.twitter.com/wTXlYg9z78

While O’Neill’s life and career has centred around football, it seems those marrying into his family are displaying alternative talents.

The 70-year-old recently got his own creative juices flowing by releasing a book called On Days Like These, which tells the story of his life in football.

If O’Neill ever wishes to put Ireland’s Euro 2016 adventure onto the big screen, at least he’ll know who to call.