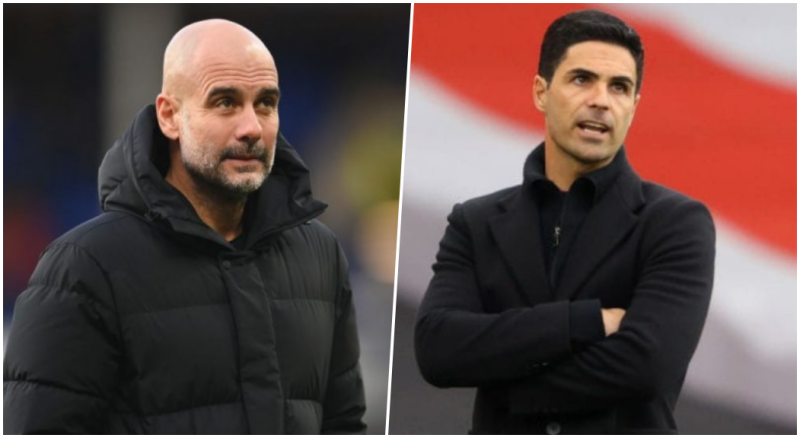 How to watch Manchester City v Arsenal on TV in Ireland.

Man City take on Arsenal in the FA Cup fourth round this Friday night and here’s how you can watch it on TV in Ireland.

The clash of English football’s current top two teams is surely the stand-out tie of this weekend’s FA Cup action, as the sides take a breather from the intensity of the Premier League.

Arsenal are currently five points clear of their hosts in the league, with a game in hand, but both managers are sure to rest some key figures for this Friday night’s game.

Here’s everything you need to know about watching Man City v Arsenal in Ireland.

Man City will host Arsenal in the FA Cup fourth round on Friday January 27th, with kick-off at the Etihad Stadium scheduled for 8pm.

How can I watch Man City v Arsenal on TV in Ireland?

The match will be broadcast live in the UK on ITV 1, but in Ireland, viewers will be able to watch it on Premier Sports 1.

For Sky TV customers who do not have Sky Sports, Sports Extra costs €17 a month for the first six months and €34 a month thereafter.

What a WIN! 🔴
We never stopped believing. Thank your for the support Gunners, the energy was unreal. We keep going! pic.twitter.com/TR1jFsQw3c

With Arsenal sitting pretty at the top of the Premier League, manager Mikel Arteta is sure to be prioritising the title run-in over the FA Cup and Europa League.

However, the Gunners have a proud history in the cup, with their 14 wins being more than any other club. They have also dominated the last decade of the competition, winning it four times since 2014, giving fans something to smile about as they have endured an 18-year wait for a league title.

For all the trophies Man City have won in recent times, the FA Cup is the domestic competition that they have perhaps underperformed in.

Since the Abu Dhabi takeover in 2008, City have won the Premier League and League Cup six times each but have only been victorious in the FA Cup twice.

Man City and Arsenal are due to face off in the Premier League on February 15th and April 26th, making Friday’s battle the perfect opportunity to size each other up.