Joshua is set for a rematch with Oleksandr Usyk.

Anthony Joshua believes he has learnt his lesson after losing to Oleksandr Usyk last weekend in their world heavyweight title showdown at Tottenham Hotspur Stadium.

More than 66,000 fans descended on the north London venue to watch Joshua defend his WBA, IBF and WBO crowns but he was thoroughly outclassed as Usyk claimed a clear unanimous decision win.

Joshua admirably fronted up to the media in the early hours of Sunday morning, cutting a relaxed figure despite the second defeat of his 26-fight professional career, but his first in the UK, and vowing to come back stronger.

His tactics on the night were questioned by a number of high-profile current or former boxers, with the Watford fighter unable to use his height, reach and weight advantages as Usyk routinely imposed his will.

In a brief update to fans on social media, Joshua said: “I’ve watched the fight, analysed my preparations & identified my mistakes. I’ve learnt my lesson.

“Thanks for sending love & checking in. Don’t worry about me. My spirit is strong!”

Usyk’s team confirmed earlier this week a rematch clause has been activated in principle, and the Ukrainian hopes the return bout will take place on home soil at the Olimpiyskiy Stadium in Kyiv.

Joshua’s promoter Eddie Hearn poured cold water on the suggestion on Saturday night on economic grounds, reasoning that a second fight between his charge and Usyk would likely be held in the UK again.

Joshua’s loss left his hopes of a much-anticipated domestic dust-up against Tyson Fury next year in tatters. 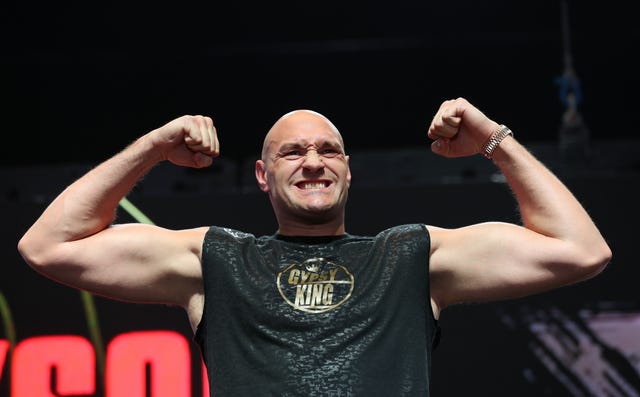 Fury defends his WBC title on October 9 in a trilogy fight against Deontay Wilder and had some sage guidance for Joshua if he takes on former undisputed world cruiserweight champion Usyk again.

Fury said: “My advice to Joshua in the rematch is get stuck in the best way he knows how, put his best foot forward and swing away, Jack, swing away.

“Was I absolutely wounded that (Usyk) won? Yes, I was. I was hoping Joshua could win the fight, but he couldn’t – and that’s none of my business.

“The only thing I’m bothered about is beating Deontay Wilder, and that’s the most dangerous heavyweight out there. In my opinion, Wilder beats Joshua, Usyk, all the rest of the division, comfortable – but he cannot beat me.”